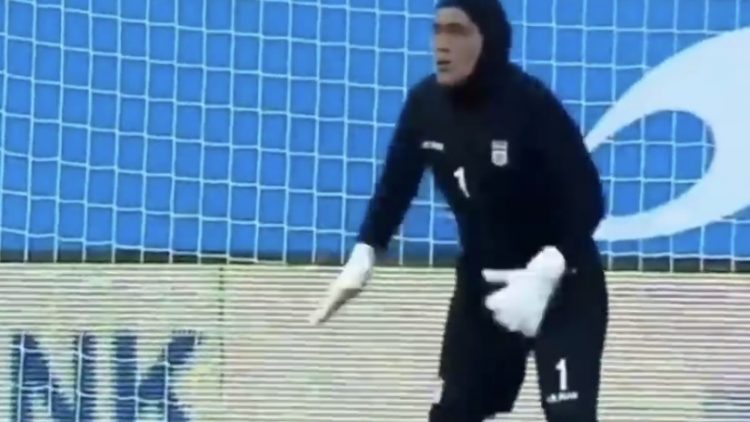 After losing to Iran in a Women’s Asian Cup qualifier, the Jordan Football Association (JFA) accused the Iranian goalkeeper of being a man and demanded a “gender verification check.”

“I will sue the Jordan FA,” Zohreh Koudaei, 32, responded. “I am a woman. This is bullying from Jordan,” Koudaei added.

On September 25th, Iran defeated Jordan on a penalty kick shootout 4-2. Koudaei made two saves, enabling Iran to qualify for their first-ever Women’s Asia Cup. After the match, JFA informally spoke to the Asian Football Federation and raised questions about Koudaei’s gender.

On November 5th, the JFA formally sent a letter to the AFC citing further doubts and accusing Iran of having “a history with gender and doping issues.” In the letter, the JFA requested that the AFC “initiate a transparent and clear investigation by a panel of independent medical experts to investigate the eligibility of the player in question and others on the team.”

Prince Ali Bin Al-Hussein, the president of the Jordan Football Association and the son of King Hussein, described the allegations as “a very serious issue if true,” and demanded an investigation on Twitter.

The AFC responded despite the mounting pressure, saying they will not comment on ongoing investigations, “whether actual or potential.” Iranian coach Maryam Irandoost also responded to allegations, saying she “carefully examined each player on the national team in terms of hormones to avoid any problems in this regard” and told fans “not to worry.”

Iran, however, has long been accused of allowing men to play on their women’s football team. In 2010, it was discovered that eight players on the women’s team were actually men awaiting sex changes. The team doubled down following backlash, saying they would continue to allow the men to play.

“If these people can solve their problems through surgery and be in a position to receive the necessary medical qualifications, they will then be able to participate in women’s football,” Ahmad Hashemian, head of the Iranian football federation’s medical committee at the time, said.

Then, in 2014, the country’s football governing body introduced random checks after it was revealed that four national team players were either men who suffered from sexual development disorders or men who had not completed sex change operations. Koudaei was under suspicion at this time, too.

The Independent Chronicle will continue updating this story as it develops.