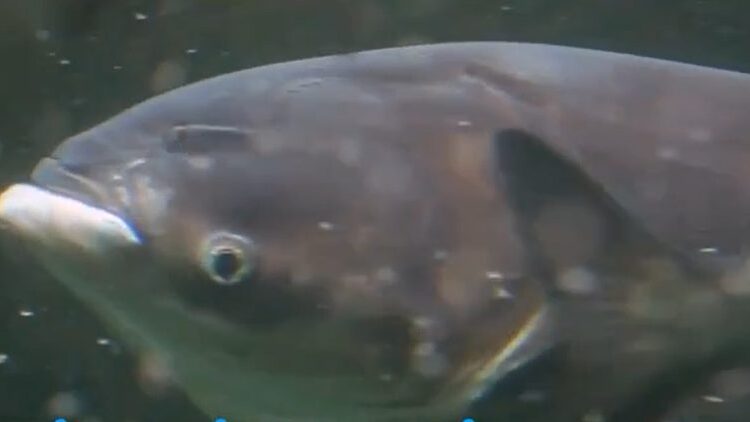 The invasive species of fish known as “Asian Carp” are getting a new name to combat racism against Asian-Americans.

“We wanted to move away from any terms that cast Asian culture and people in a negative light,” said Charlie Wooley, director of its Great Lakes regional office.

Minnesota state senator Foung Hawj, a member of the Democratic-Farmer-Labor Party, is leading the charge to rename the invasive species from “Asain carp” to “invasive carp.”

Hawj says he decided to take up the cause when an Asain business delegation landed at the Minneapolis airport and saw a sign reading “Kill Asian Carp.” A sign that may have been well-intentioned but was severely off-putting to the delegation.

Hawj teamed up with fellow state Sen. John Hoffman in 2014 and won the approval of a measure requiring that Minnesota agencies stop referring to the species as “Asian carp” and instead call them “invasive carp.” The move received major backlash from the late conservative talk radio host Rush Limbaugh who blasted the name change as another form of “political correctness.”

“I had more hate mail than you could shake a stick at,” Hoffman said regarding the backlash to the name change.

In the wake of the coronavirus pandemic, the U.S. Fish and Wildlife Service officially changed its designation to “invasive carp” in April of this year. The Asian Carp Regional Coordinating Committee, representing agencies in the U.S. and Canada trying to contain the carp, will likewise do so on Aug. 2, Hoffman said.

“Asian carp” is a name given to four species, bighead, silver, grass, and black carp. All were brought from China a half-century ago to rid Southern sewage and aquaculture ponds of algae, weeds, and parasites. They managed to escape into the wild and eventually migrated up the Mississippi River and into other rivers. Now, the Great Lakes and its $7 billion fishing industry are vulnerable.

The moves come as other wildlife organizations consider revising names that some consider offensive, including the Entomological Society of America, which dropped “gypsy moth” and “gypsy ant” from its list of common insect names.

RELATED: Scientists rename insects due to resemblance of ‘racial slurs’