Husband is now trans ‘wife’ to the mother of their children 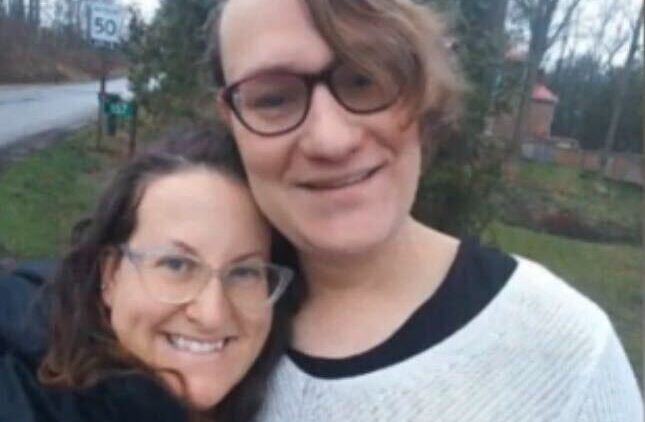 Former husband Tea-Lynn Van Dyk, 36, came out as transgender to wife Gabrielle Van Dyk, and the Ontario couple is still together, now wife and wife.

Gabrielle, 35, says she is “happier than ever” with her partner and that Tea-Lynn’s confession didn’t come as much of a surprise since she knew Tea-Lynn liked to dress up in her clothes. ‘When she first told me, I was like OK, let’s talk about this and see how is this going to work for us,” she said.

Their children are embracing the fact that they now have a “Mommy” and a “Mama.” Their youngest, Adelaide, is six. “Adelaide was a super supporter from day zero. She’s the kind of person where, if someone was being transphobic to me out on the street, she would be in their face,” says Tea-Lynn.

Arya, 7, had a lot of anxiety about “Mommy” (Tea-Lynn) leaving. Tea-Lynn says she “had to reassure her that I wasn’t going anywhere and that I would always love her, and she’s been wonderful ever since.”

Gabrielle says Tea-Lynn “still likes the same things, she laughs at the same type of humour, so in my mind, she’s still the same person, and it doesn’t matter that she’s dressing feminine or changing her name. I think because that’s how I’m looking at the whole thing, that has allowed this to be successful.”

Tea-Lynn started her transition in April 2020 with hormone therapy.

‘When I first told her I assumed she would be gone, I assumed we would get a divorce because it’s a lot for some people,” explained Tea-Lynn. “I couldn’t imagine my life without her.”

“Now, I feel like I can love her to the full extent that I do, which is fiercely and wildly. I feel like finally there’s no barrier between us.”

Tea-Lynn has declined to talk about surgery, however. “It’s like if I were to walk up to a man on the street and ask if he was circumcised, it’s really none of my business. Unless you’re a doctor or a sexual partner, I don’t see why you would need to know what surgeries I’ve had or not had. Surgery doesn’t make a trans woman more valid. She’s already a woman.”

The family has many friends and family members who have accepted and supported Tea-Lynn’s transition, although not all.

“I have had to cut some family off who were not supportive, and I’ve lost a few friends, but on the whole, my transition has been overwhelmingly full of love and support, and I am extremely thankful,” she said.

“I feel so much happier. The physical changes have been wonderful, but there’s also a kind of mental clarity.”

“I have laughed to tears more in the last 16 months than I had in the 35 years I was on earth before I started. It’s amazing to finally really feel,” she continued.

RELATED: American Medical Association slammed for calling for the removal of sex designation on birth certificates