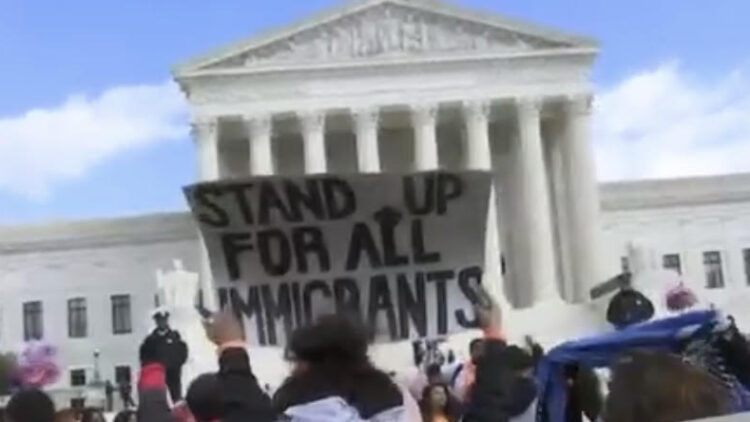 House Democrats passed a massive legislative package that will allow them to employ illegal immigrants who entered the country during the Obama administration.

“I am proud that this legislation includes a $134 million increase for Members to hire and retain the staff needed to serve our constituents,” Rep. Tim Ryan (D-OH) said. “I am also pleased that we are helping ensure our workforce reflects the diversity of our nation, including by increasing funding for paid internships and allowing DACA recipients to work in the halls of Congress.”

The bill would allow members of Congress to employ “Dreamers” – Deferred Action for Childhood Arrivals (DACA) recipients. Estimates show that there are currently about 800,000 DACA recipients living in the United States. Former President Obama created the controversial program via executive order in 2012. Former President Donald Trump vowed to “immediately terminate” during the 2016 presidential campaign.

“We will immediately terminate President Obama’s two illegal executive amnesties, in which he defied federal law and the constitution to give amnesty to approximately 5 million illegal immigrants,” Trump said.

Back in July, a federal judge ruled that the DREAM Act is illegal. U.S. District Judge Andrew Hanen, appointed by President George W. Bush, ruled in favor of Texas and eight other states that sued to halt DACA applications. Hanen ruled that Congress must pass a law if they want to keep the program, or something similar, in place. Hanen’s ruling has placed a thorn in President Joe Biden’s side, as he promised last year to establish a pathway to citizenship for Dreamers.

“Last night, Congress passed the 21% increase we asked for back in June. This is an important step towards retaining staff, increasing Hill diversity [sic] and growing the practice of paid internships,” Ocasio-Cortez tweeted.

The package passed 215-207 Thursday evening along party lines. Rep. Don Young (AK) was the lone Republican who voted in favor of the bill. It must also be passed in the U.S. Senate in order to take effect.