Hillary Clinton vows to fight for abortion rights, gets slammed by Rose McGowan 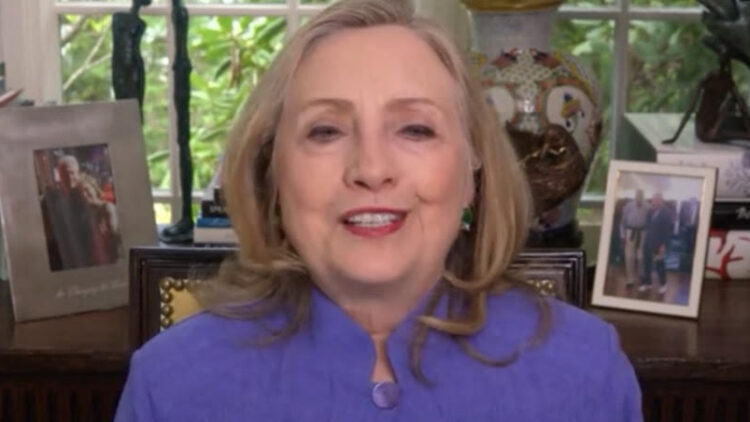 Former first lady and twice-failed presidential candidate Hillary Clinton (D) got tongues wagging when she equated abortion rights to human rights and vowed to fight for them.

“Under the cover of darkness, by choosing to do nothing, the Supreme Court allowed an unconstitutional abortion ban in Texas to go into effect last night,” Clinton said on Twitter. “Their decision doesn’t change the fact that reproductive rights are human rights. We’ll fight for them,” she promised.

On Wednesday, Texas became the first state in the nation to ban abortions after a fetal heartbeat is detected.

“As Justice Sonia Sotomayor wrote in her dissent of the Texas law and her colleagues’ decision to allow it: ‘The Act is a breathtaking act of defiance – of the Constitution, of this Court’s precedents, and of the rights of women seeking abortions throughout Texas,” Clinton wrote in a third tweet.

Clinton then directed followers to join Onward Together’s partner We Demand Justice. Clinton formed Onward Together, a political action committee (PAC) in 2017 to fundraise for progressive political groups. On the other hand, Demand Justice advocates for Court-seat expansion and has been characterized by the left-leaning Center for Responsive Politics as a “liberal dark money group.”

Outspoken actor and director Rose McGowan did not hesitate to criticize Clinton for her tweeted remarks.

“@HillaryClinton You are a shadow leader in service of evil,” McGowan wrote on Twitter. “You are the enemy of what is good, right and moral. You represent no flag, no country, no soul. You eat hope, you twist minds. I’ve been in a hotel room with your husband and here comes the bomb.”

McGowan also faced criticism for her critique of Clinton, with some users online slamming her for retweeting a Breitbart article.

“Breitbart…maybe Bannon can weigh in,” one user wrote in a tweet.

“you [sic] are in a cult,” McGowan responded. “And what you are doing is something called deflection protection. Both sides have trained each other’s followers to block outside voices if coming from a source that tasers their reality. That’s how the lizards win.”

McGowan then tweeted a photo of a news article with a headline that reads “Reese Witherspoon, Kerry Washington & Alyssa Milano Among More Than 100 Stars Expressing Outrage Over Texas Abortion Law.” She paired the photo with a tweet that stated:

“This is going to help for sure absolutely moron achievement unlocked.”

Neither Rose McGowan nor Hillary Clinton responded to the Independent Chronicle’s request for comment.