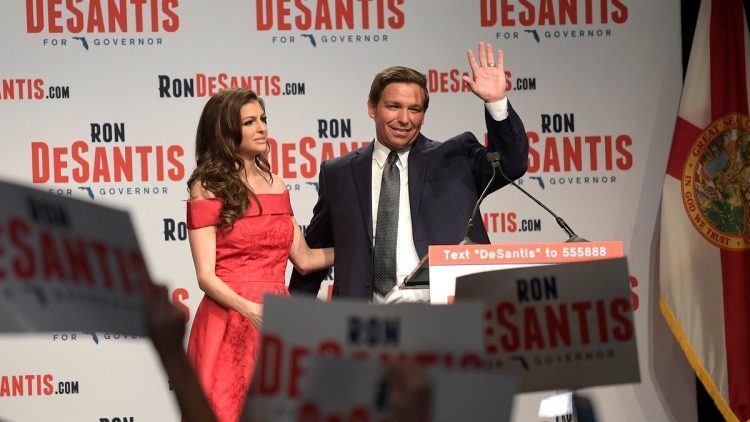 Republicans may have more registered voters than Democrats in the Sunshine State in the near future, data shows.

“Without a full-frontal, professional and accountable partisan effort to turn it around, sometime before the end of this year, there will be more Republicans registered in Florida than Democrats — that has NEVER happened before,” longtime Florida Democrat operative Steve Schale said.

“And, given their voters have higher turnout scores — this isn’t a great place to start,” he added.

RELATED: Florida diner that blasted Biden overwhelmed with support, runs out of food

Democrats had 23,055 more registered voters than Republicans in Florida at the end of August. That’s a steep drop from the 700,000 voter advantage Democrats had in 2008 when Barack Obama won the state.

Politico reported that due to the higher GOP registration numbers heading into the 2022 midterm elections, Florida could lose its “battleground” state status and become more reliable for Republican candidates.

“Democrats in Florida are facing a five-alarm political fire headed into the 2022 midterms,” according to Politico. “They’ve known about it for years, but have been unable to extinguish the blaze.”

Democrats in Florida have spent considerable time, effort, and money on infighting which led to a lack of prioritization on voter registration.

“It is a huge deal for Florida Democrats, I can’t stress that enough,” Democrat state Rep. Anna Eskamani said.

“We are starting to hit our stride and hopefully continue for us,” Diaz said.

“Congressman Mike Waltz is a relentless fighter for the incredible people of Florida,” Trump said in his endorsement. “As a former U.S. Army Green Beret, Mike is working hard in Congress to hold Joe Biden accountable for his colossal failure and deadly disaster in Afghanistan.“

“He will not let the incompetent leader of our Country get away with giving the Taliban $85 Billion in American strategic Military equipment, nor will he let anyone forget about our 13 Great Warriors whose lives were lost because of the Biden Administration’s incompetence,” Trump added.

RELATED: Rand Paul: Afghanistan an ‘indictment’ of nation-building, ‘learn not to do it again’