GoFundMe for Arlington school shooter shut down: shooting people was ‘very traumatic’ for him 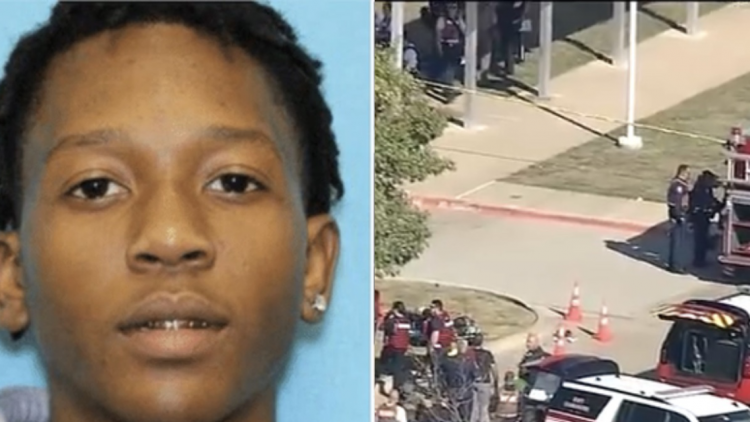 The family of Timothy Simpkins started a GoFundMe to benefit the Arlington school shooter, who was released on bail this week after shooting several people at Timberview High School, and the fundraising platform promptly shut it down.

“My son has gone through a very traumatic experience. He needs counseling and therapy,” said his mother Katrina on the GoFundMe page. “Please donate what you can to help.”

Simpkins was released on bail this week after opening fire Wednesday, shooting several people at Timberview High School. After the shooting, he eluded the police for hours.

Simpkins was released Thursday on bail and reportedly partied with relatives that evening while two of his victims remain hospitalized.

Simpkins’s victims were 15-year-old Zacchaeus Selby, 25-year-old teacher Calvin Pettitt, and a female student grazed by a bullet. Selby is in critical condition and Pettitt is stable. The female student was released shortly after being treated at a local hospital Wednesday.

Family and friends of the shooter started a GoFundMe page for Simpkins, saying that the media is not telling the full story, the Daily Mail reported. The page paints Simpkins as a troubled teenager whose father was murdered and who was an innocent victim of bullying and harassment at school.

His family is claiming Simpkins’s actions were self-defense. They added that he is a victim of bullying due to the “nice things” he has, such as designer sneakers and a Dodge Charger.

“Please know that I am not suggesting taking a gun to school was the right choice to make, I am just saying that there is so much more to the story and all of the details should be known,” his mother wrote on the GoFundMe page.

“What you don’t know is that Timothy was robbed at gunpoint and stripped of his possessions a couple of weeks ago. And the unfortunate backstory is that Timothy’s father was brutally beaten to death. This fact definitely heightened Timothy’s fear for his life,” she continued.

“The young man responsible for beating and harassing [Simpkins] had recently made threats to kill him so you see, my son was terrified and believed he would be murdered just like his father.”

RELATED: Wisconsin sheriff says those in jail will no longer be called ‘inmates’ changing word to ‘residents’

The fundraiser had a goal of $25,000. The page had reached $150 in donations before GoFundMe shut it down for violating its policies.

Simpkins’s court date has not yet been set.