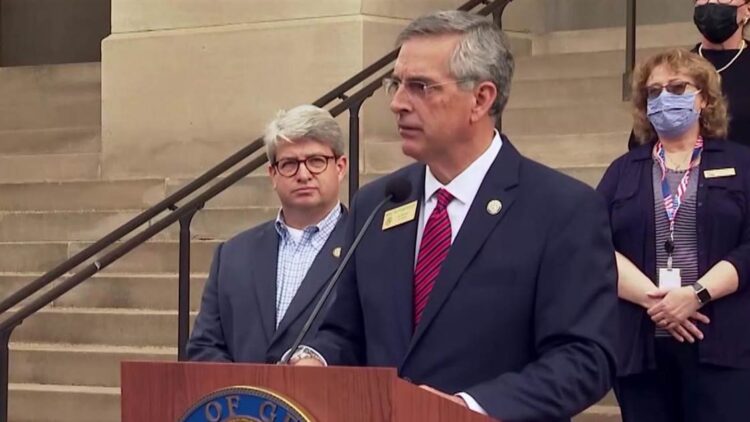 Georgia’s Speaker of the House has called for an “independent investigation” into the 2020 presidential election in Fulton County on Thursday.

RELATED: Prosecutor delayed Hunter Biden investigation to hide its existence from voters prior to 2020 election

Ralston called for the Georgia Bureau of Investigation to get involved to “determine if any irregularities or willful fraud occurred.” The letter came on the same day that state Sen. Burt Jones (R), who sits on the Senate Government Oversight Committee, sent a letter to committee Chairman Sen. Marty Harbin (R) calling on Secretary of State Brad Raffensperger (R) to testify about the election results.

Both Ralston and Jones referenced recent reports that suggest the final vote tally in the Peach State could have been skewed. Including one instance where nearly 200 absentee ballots were scanned twice.

The calls for investigations into the election results come as Raffensperger last week called for the termination of Barron and Raph Jones, the registration chief, over their “continued failures.”

“Every time we think we’ve reached the peak of Fulton’s elections mismanagement issues, more comes to light,” the secretary of state said. “I’ve been calling for change in Fulton since day one. Maintaining public confidence in our elections begins in Fulton County.”

Last month, a report from an independent election observer was released showing “massive” election integrity issues in Fulton, which includes the majority of Atlanta. The report found that the election was riddled with “massive chain of custody” problems, the double-counting of votes, and the improper handling of ballots.