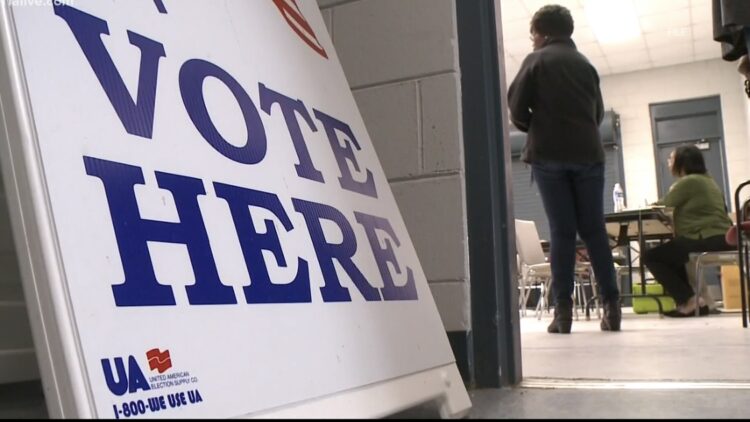 Georgia’s Secretary of State is demanding the firing of two high-profile Fulton County election officials after reports revealed that several ballots were double-counted during the 2020 election.

A review of mail-in ballot digital images made public under Georgia’s new voter integrity law revealed that around 200 absentee ballots in Fulton County had been scanned twice before the state’s recount. There is no indication that the double-counted ballots influenced the outcome of the election, though Joe Biden would have received 27 ‘extra’ votes if the ballots had been tabulated.

Three audits were conducted but found no evidence of widespread voter fraud, although many Georgians allege that issues may have taken place throughout the state rather than solely in Fulton County.

“If we’re finding this in Fulton County, we’re probably going to find it throughout the state,” David Cross, a member of VoterGA, said. “The simple fact that it happened and we found it here means that it probably occurred elsewhere.”

VoterGA, a 501(C)3 non-profit, organized a lawsuit along with nine Georgia voters that aims to inspect nearly 150,000 absentee ballots in Fulton County. The suit was given the go-ahead to proceed in late June by Superior Court Chief Judge Brian Amero. Amero also left in place an order for the ballot review and granted the plaintiffs’ request to add individual members of the county board of elections as respondents. Carter Jones, an independent monitor of Fulton’s elections, believes the duplicates may have been due to human error and said the chances of organized fraud were slim.

“It’s Fulton failing to follow proper election protocols again,” Jones said. “Fulton is so poor at managing the actual process that if they had actually tried to rig the election, they would have bungled it, and we would have found out.”

Fulton County Commission Chairman Rob Pitts (D) accused Raffensperger of trying to appease primary election supporters that may have soured on him after he originally rejected allegations of widespread voter fraud. Pitts also defended Barron and again denied claims of wrongdoing in Fulton county. Raffensperger is seeking reelection in 2022 and faces a challenge by U.S. Congressman Jody Hice (R), who has been endorsed by Donald Trump.

Reports have also recently alleged that tens of thousands of Georgians illegally voted outside of the county listed on their permanent address. Independent data teams believe the number of illegally-cast ballots may eventually surpass the 12,600 votes that enabled Joe Biden to win the state.