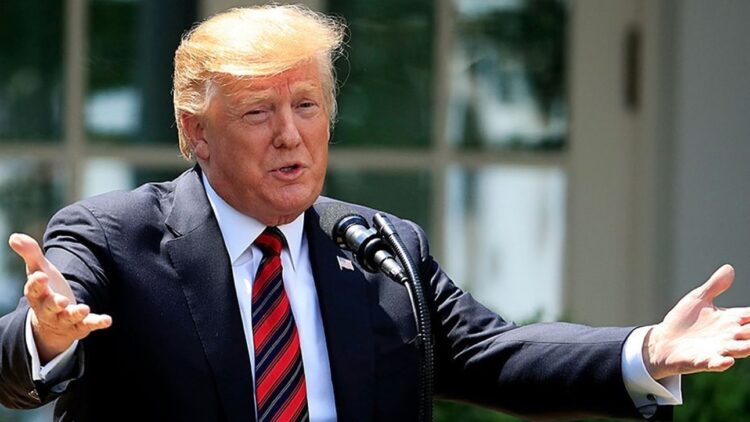 The memo details observations made by poll watcher Carter Jones, including “massive chain of custody” problems, the double-counting of votes, improper handling of ballots, and overhearing other poll workers saying they intended to “f–k sh-t up,” between the dates of Nov. 2 and Nov. 7, 2020. The memo was obtained by Just The News and published on Saturday.

Jones’ memo was delivered to Georgia Secretary of State Brad Raffensperger’s office shortly after the election, meaning Raffensperger was aware of these issues before he proclaimed on “60 Minutes” that Georgia had “safe, secure, honest elections.”

Around 4:00 P.M. on election day, Carter noted that absentee ballots were arriving at the county’s absentee ballot-scanning center at the State Farm Arena in “rolling bins 2k at a time.” “It is my understanding is that the ballots are supposed to be moved in numbered, sealed boxes to protect them,” he wrote, noting these ballots were not.

Jones wrote of troubling actions taken by temporary workers brought in by a firm called Happy Faces to scan and count ballots. One of the Happy Faces employees was overheard by Jones saying that his intentions that day were to “f–k sh-t up.”

“I must keep an eye on these two,” Jones wrote. “Perhaps this was a bad joke, but it was very poorly timed in the presence of a poll watcher.” Jones also notes how he assigned the two potentially mischievous workers to a “team confirming and boxing ballots that have already been scanned to proper them for later audit,” saying that “this is the place where they could do least to achieve their declared objectives.

“What is Happy Faces doing to vet the people who they are sending to make sure that they are not sending in people who do actually want to ‘f-ck sh-t up?'” he asked.

“It is no secret that Fulton has had issues in their elections department for decades, which is why I insisted on a state monitor being present to be eyes and ears on the ground,” Raffensperger said in response to the memo. Raffensperger added that he does not believe the memo provides sufficient evidence to second guess the results of the election in his state.

At the beginning of Jones’ observations, he notes that election officials were having difficulties in distributing poll pads to local precincts, which are used to check voters in at the precinct level. One precinct “had only one of two bags of poll pads arrive despite the fact that the system at the warehouse showed both had been checked out of the warehouse and were on the way,” Jones writes.

“[M]any bags of poll pads and other election materials have not been packed yet and paperwork is not matching up,” he added. “Some bags have everything and others do not, but the full ones are not organized,” his notes read. “It is impossible to tell which bags are missing what without doing a manual count and they don’t have the manpower for that at the moment.”

“Someone took the wrong suitcase [of poll pads],” Jones writes, something he indicates is a significant security concern. “Seems to be a mystery who this person was,” he said. “Should have chain of custody paperwork!! That means that a stranger just walked out with sensitive election materials?”

Jones also notes the double-scanning of ballots occurring late in the evening on election day, after the majority of the poll workers were sent home around 10:30 P.M.

“Confusion about whether or not they’re still scanning at State Farm bc [sic] there were reports that the staff there told the rest of the staff and press to leave, but I am still getting number reports,” Jones writes around 11:30 P.M. Jones later notes that just before midnight, “staff are still scanning on all five scanners.”

“Order is starting to break down[.] Ralph newly re-scanned some ballots that had already been processed by Shaye,” he writes around 12:30 A.M. Nov. 4.

Jones writes of a machine that had to be shut down because it “was causing more problems than it was solving.” “Double-feeding and cutting through both the envelope and the ballot, which leads to even more duplicates,” he said.

Jones described confusion and mismanagment regarding flash drives being put into the wrong peices of equipment.

“They’re pulling compact flashes (CF),” he said. “[P]oll manager put a Mobile 2 CF in Mobile 1 CF slot, which is causing confusion now. People are talking about a ‘master bus’ problem for the backups, which seems to be causing the confusion.”

He also raised concerns regardnig voter privacy, and the potential for voter addresses being revealed to the workers.

“Are we compromising secret ballot with our ad hoc process?” he asked. “Sorters can see address on the Oath envelope as well as the ballot itself … Voters could theoretically face reprisal if a processor had the desire to do pursue them for their choice.”

Despite all that he witnesses, Jones believes the Fulton County election was no fraudulent. “Fulton was able to make their numbers zero out and there was nothing that should challenge the certification of this election,” Jones said.

The release of the memo comes after a new Monmouth poll found that a third of all American’s believe Joe Biden won the election due to fraud.

“When all Republican identifiers and leaners are combined, the number who believe Biden won only because of voter fraud has been fairly stable (63% now, 64% in March, 69% in January, and 66% in November). Furthermore, 14% of the American public say they will never accept Biden as president, including 3 in 10 (29%) Republicans and Republican leaners,” the poll said.

The poll’s findings show that 80% of American’s also favor voter ID laws to help secure the integrity of the elections, and only 18% oppose it.