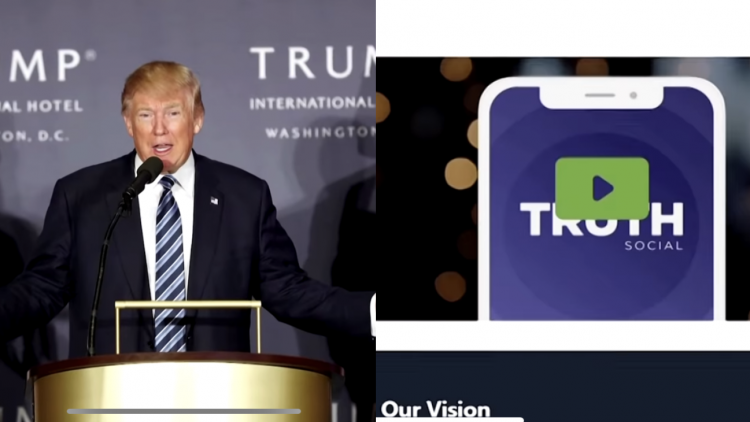 Trump Media & Technology Group Corp. (TMTG) announced they have procured “$1 billion in committed capital to be received upon consummation of their business combination (the “PIPE”) from a diverse group of institutional investors.”

None of the investors were identified.

“$1 billion sends an important message to Big Tech that censorship and political discrimination must end. America is ready for TRUTH Social, a platform that will not discriminate on the basis of political ideology. As our balance sheet expands, TMTG will be in a stronger position to fight back against the tyranny of Big Tech,” Trump declared.

The former president has been banned from multiple social media platforms, including Twitter and Facebook, following the January 6 Capitol riot after being accused of encouraging and potentially furthering violence. He boasted 89 million followers on Twitter, 33 million on Facebook and 24.5 million on Instagram.

“TMTG intends to even the playing field by providing people with open media platforms where they can share and create content without fear of reputational ruin,” the statement continues.

TMTG has reportedly partnered on the project with Digital World Acquisition, a special purpose acquisition company or “blank check company” used as a shell company with the sole purpose of merging with a private firm to take it public. They have not named a CEO, but former President Trump is listed as chairman.

“America has always been a nation of smart, spirited, and independent people who take pride in thinking for themselves. We admire those who aren’t afraid to speak their minds, or go against the tide. Yet suddenly, we find ourselves being censored and dictated to by a small group of self-righteous scolds and self-appointed arbiters of what everyone else is allowed to think, say, share, and do,” Trump stated in an October press release.

“The corruption of these platforms cannot be ignored. We have fallen far down the “slippery slope” of censorship in our country, and the topics that Americans are increasingly forbidden to debate are among the most important issues of our day,” he continued.

The TRUTH platform is being touted as a platform with “no shadow-banning, throttling, demonetizing, or messing with algorithms for political manipulation.”

“We will not be treating users like lab rats for social experiments, or labeling alternative views as ‘disinformation,’” the former President’s statement continued.

“We will not silence our fellow citizens simply because they might be wrong—or worse, because we think that Americans ‘can’t handle the truth.’”

The platform launch is not anticipated until early next year.