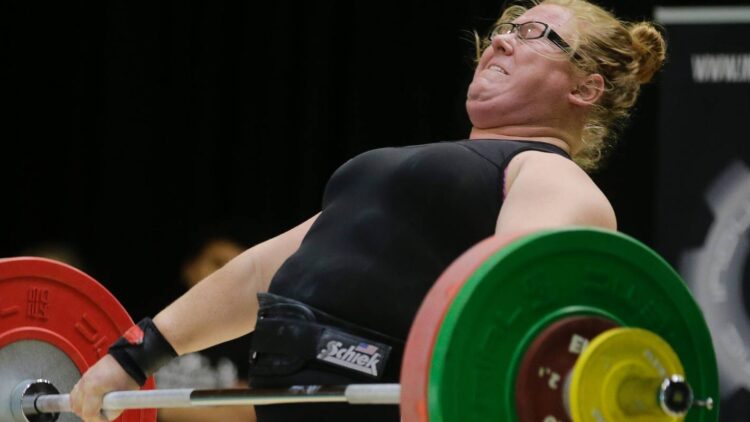 Tracy Lambrechs, a former pro weightlifter and Olympian, has come out against allowing biological males to compete in women’s sports.

RELATED: Majority Says ‘no’ to trans-athletes competing against women in Olympics

Lambrechs described excruciating training she had to endure, including dropping 40lbs in three months to qualify for a lower weight class after being knocked out of the top spot by Hubbard in 2017. Hubbard, now 43-years-old, transitioned from male to female in 2013, meaning she lived as a man for over 30 years before competing in women’s sports.

“Losing that much weight quickly was not ideal for my health, and I suffered some severe migraines and started passing out a lot,” Lambrechs said. She added that being beaten out of the competition by biological males, “psychologically speaking, it’s very upsetting and stressful.”

Lambrechs explained that she was warned not to speak out against the inclusion of biological males in the sport or else she could be kicked off the team and prevented from competing nationally.

“We were told not to talk to the media and were warned that if we did, we could bring the sport into disrepute and then could miss out on being selected or could be dropped from national teams,” she said. “The sports national body did not know how to handle the situation, so they had a knee-jerk reaction and thought silence would be best for them.”

In 2015, the International Olympic Committee (IOC) announced it would allow biological males to participate in women’s competitions if the athletes’ testosterone measured below 10 nanomoles per liter for at least one year prior to competing.

Allowing Laurel Hubbard to compete in “this particular situation is unfair to the sport and to the athletes,… Anyone that has trained weightlifting at a high level knows this to be true in their bones,” Bellinghen said.