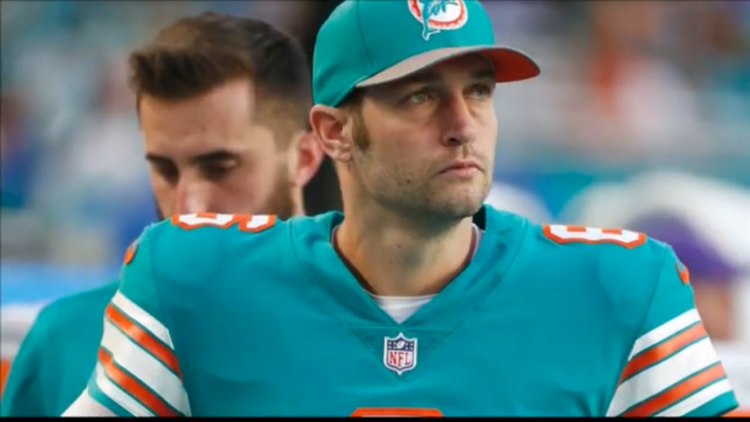 Former quarterback Jay Cutler says he’s going to run for his local school board in Tennessee after the state has been all over the news following the enactment of its mask mandate in schools.

“Doing school board research. Looks like a 2024 campaign for me,” he tweeted, along with a photo of the Williamson County School Board webpage on his computer screen.

The 38-year-old former NFL star later tweeted, “August of 2024. I need 100 signatures and a petition from the county. Going to start getting John Hancocks today.”

“Do it! Keep TN kids free. No masks!!” one user responded.

Cutler, formerly married to Kristin Cavallari, has three children. He spent the majority of his NFL career with the Chicago Bears, and he retired following the 2017 season after one year with the Miami Dolphins.

One person on Twitter asked Cutler what his platform will be, and he responded, “common sense.”

Williamson County Schools has been the focus of much media attention following the contentious school board meeting where the mask mandate was approved by a 7-3 vote. After the meeting, parents gathered outside in a loud and raucous protest that was captured on video and widely circulated.

Cutler has made it clear that he opposes mask mandates, even before the school board’s decision. He shared a screenshot of an article on the mask debate with the caption, “Not this parent. Really hope I’m not put in the corner by Twitter in my first 24 hrs.”

The state does not have an elementary school mask mandate, leaving the decision up to local districts. Schoolchildren in Williamson County will be masked until at least September 12.

Centers for Disease Control and Prevention (CDC) guidelines are now recommending that children in K-12 schools wear masks, regardless of vaccination status.

It is unclear whether Cutler will announce an official school board candidacy, and could not be reached for comment.