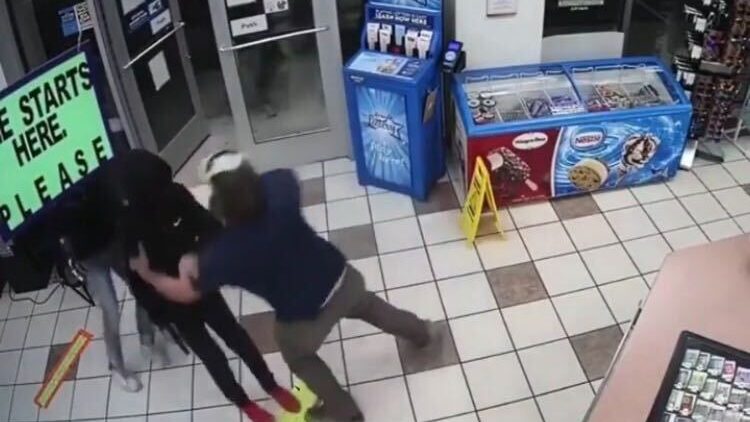 Three individuals in masks attempted to hold up a Chevron in Yuma, AZ on Wednesday morning, only to be instantly disarmed by another customer, a former Marine.

“The Marine Corp taught me not to [mess] around,” the unnamed customer reportedly said after the incident.

Around 4:30am, two of the suspects entered the store, and one pointed a gun at the cashier. The customer standing nearby reacted instantly, lunging for the gun and knocking it out of the man’s hand.

Video footage shows two of the would-be thieves scurrying out of the store as fast as they can, one of them even falling over in his hurry to run away.

After disarming the suspect, the former Marine was reportedly able to detain the gunman until authorities arrived on scene.

Video of the incident has already amassed thousands of views on Twitter and Instagram, with many commending the quick reaction and bravery of the customer who stopped the gunman.

The suspect was taken to Yuma County Juvenile Justice Center and is charged with armed robbery and aggravated assault.

Police are still looking for the two suspects who fled the store. Anyone with information is asked to contact the Yuma County Sheriff’s Office at 928-783-4427 or 78-CRIME to remain anonymous.