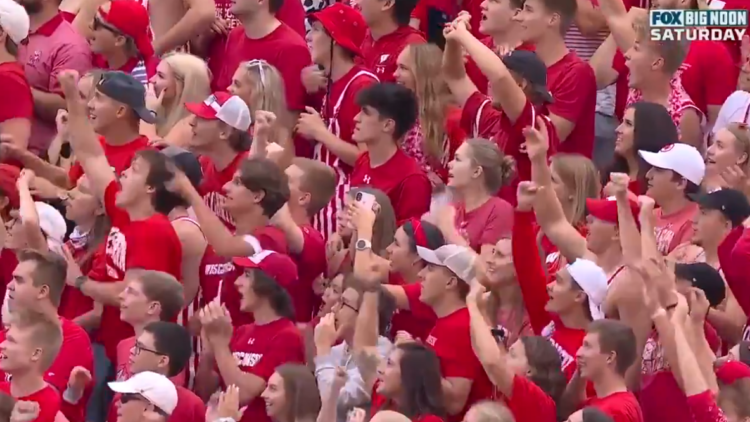 Thousands of college football fans made their political stance clear by breaking out in “F–k Joe Biden” chants during multiple different games over the weekend.

“FUCK JOE BIDEN chant at the first Coastal Carolina football game,” tweeted Old Row Sports along with a video of the anti-Biden cheers.

The chants quickly went viral, causing them to occur at multiple other week one games over the weekend.

“Another FUCK JOE BIDEN chant, this time at the Virginia Tech game ITS NOW A MOVEMENT,” the sports commentary Twitter account tweeted along with another video of the chant.

The chants became a movement as college football fans across the country celebrated their return to packed stadiums to watch the sport.

“A third FUCK JOE BIDEN chant from this weekend… this time at Auburn,” Old Row tweeted.

“A fourth “Fuck Joe Biden” chant at @OldRowAggies!” Old Row Sports tweeted along with a fourth video of the chants occurring at the Texas A&M game.

College football fans filled stadiums across the country over the weekend, many not wearing masks with zero social distancing amid concerns over the rising cases of the COVID-19 Delta variant. Many viewed this as a sign that Americans are no longer taking the virus seriously, nearly two years after the virus began spreading in the United States.

“More than 50 college football games were played Saturday in packed stadiums across America, and it was beautiful. The fear-mongering mob telling people to stay inside forever lost, and they lost in a big way,” David Hookstead tweeted.

“The people telling you to stay inside forever living in fear have no real power, and they know it. Packed football stadiums is the biggest middle finger we can give these clowns. Never feel bad for living your life as a free American,” he continued.