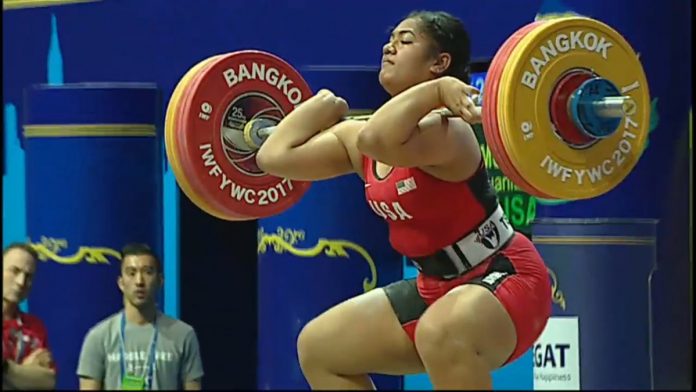 “This is Kuinini ‘Nini’ Manumua, the woman who was ultimately displaced by inclusion of Laurel Hubbard. She’s 21, and it would have been her first Olympics,” tweeted Emma Hilton.

Manumua, an American of Tonga descent competed for the USA as a junior in women’s weightlifting and now competes for Tonga as a senior, Hilton writes.

“Let me explain that chart above. Top 8 athletes straightforwardly qualify, Hilton added. “There are then continental places up for grabs for those ranked 9 or lower. Hubbard is 7 – outright qual. Amoe bumped to 9 – move from outright qual to Oceania qual. Manumua bumped from Oceania qual.”

According to the chart, Laurel Hubbard, Iuniarra Sipaia, Charisma Tarrant Amoe, and Kuinini Manumua are all classified as “Oceania.” Manumua was bumped from the Oceania qualification based on Hubbard’s high performance in the category.

The Independent Chronicle is working to verify Hilton’s claim about Kuinini Manumua’s alleged displacement by Hubbard.

Opponents to Hubbard’s competing in the women’s competition contend that had the biological male not beaten the other females to qualify, Manumua would have had a chance to qualify for her first Olympics. Hubbard’s critics also note that she is 43-years-old, compared to Manumua who is 21-years-old.

“The beginning of the end of the Olympics. I won’t be watching the womens weightlifting events now,” replied one Twitter user.

“Young women & girls have dreams. Doesn’t matter though does it,” replied another.

“Olympics and amateur sports generally needs to consider a 3rd category for transgendered folks, or soon Title 9 will not mean anything if opportunities go to those with an unfair psychological advantage,” said another.

“I feel for her. She must be heartbroken. The dedication it takes to get to this kind of level in your sport! Very unfair,” said one user.

Trans athletes are allowed to compete in women’s events as long as their testosterone is lower than 10 nanomoles per liter at least 12 months prior to their competition, according to IOC guidelines from 2015.