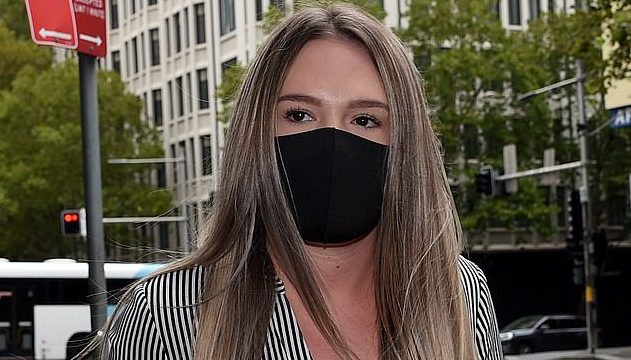 A 24-year-old teacher who sexually abused her 14-year-old student appeared in court after pleading guilty to three counts of aggravated sexual intercourse with a minor.

“I just never imagined I’d be one of those people… I’ve never been in trouble with the law. I hope he and his family can forgive me,” Monica Elizabeth Young, of Sydney, Australia, said on the stand in front of the victim’s mother. “I was foolish,” Young added.

Young began teaching at the all-boys school in March of 2020. Shortly after, the coronavirus pandemic caused the school to close, and all classes moved to remote learning. At this time, she says, “the lines were criminally blurred” as students began reaching out to her at “all hours of the night.” While sobbing, she apologized for “letting the relationship progress” with the 14-year-old student between June 24 and July 6, 2020.

Young testified that she attempted to maintain a “professional working relationship” with the boy, who she claims had to be “blocked” from multiple online classrooms for posting inappropriate content for his peers to see.

She claims the boy first found her on the social networking and photo sharing app Instagram, however shortly after the two connected, she hunted down his Snapchat account, where the two predominantly communicated.

Family members of the young boy told the court that it was only when they found him in a car park alone with the teacher that they contacted his mother and the entire relationship was exposed. Court documents show police investigations found that the teacher drove the boy to a western Sydney park, “mounted him, and had sex in her car.”

Police say that two other accounts of sexual abuse occurred on school grounds.

“I am extremely embarrassed and ashamed that I have to write this letter to Your Honour; I am unable to fully express how sorry I am for my actions,” Young said, sobbing as she read her letter of remorse to the court and District Judge Kate Traill.

“I cannot imagine how [the boy] and his family felt,…It will be something they carry with them for the rest of their lives and it’s not something I can take back or change,” she continued. “My intentions were never to hurt him. [He] trusted me and I abused that trust which may have severe impacts on him in the future.”

Young’s attorney Margaret Cunneen SC told the court that at the time of her crimes, her client “was in a relationship of several years,…but it was going very badly”. Cunneen added that Young “didn’t get into teaching to access young boys, far from it”.

“She was really just out of school herself, if I may make that submission, your honor,” Cunneen said. “Ms. Young appreciates she can never again be a teacher.”

“While it may be accepted Ms. Young didn’t go into teaching to have access to children the fact is within months … she was abusing one of them,” Prosecutor Alexander Terracini told the court. “That cannot simply be ignored,” he added.

The prosecutor noted that Young pressured the boy to meet her after class, daring him to do so saying he, “didn’t have the balls” to pursue anything further with her.

Young, who is currently living with her family, is ordered to report to police on a daily basis and abide by a strict 8:00 P.M. to 8:00 A.M. curfew and is not allowed to leave the home unaccompanied by her parents or grandmother.