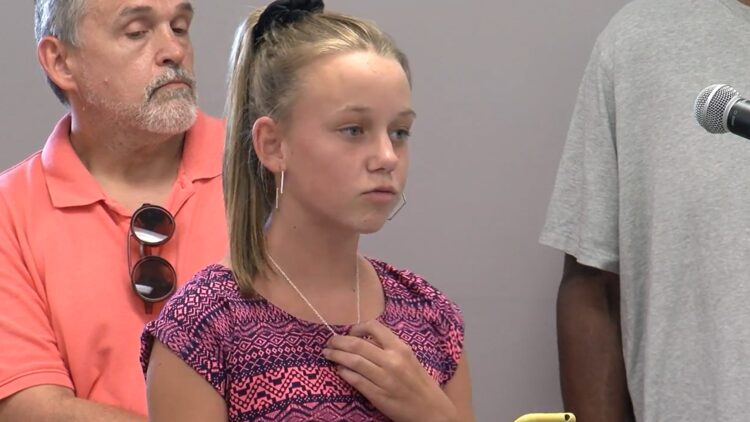 A female student at Forest Middle School in Virginia spoke out at a recent school board meeting against the school’s transgender bathroom rule.

“Changing your gender is considered to be a sin and you are saying God has made a mistake with your gender. By allowing this rule to be passed, you are abetting the sin,” said the student whose identity was not disclosed.

RELATED: Thirty school districts teaching ‘Not My Idea,’ a book portraying ‘whiteness’ as the devil

The meeting, held on July 8, did not include board member discussions and was only for public comments regarding the issue.

The student’s comments regarding the transgender bathroom policy come as Bedford County School District announced that critical race theory will not be taught in any of the district’s schools. However, they will institute “culturally responsive teaching.”

Kindergarten students will begin to be taught that Juneteenth is a national holiday and second graders will no longer be taught that Martin Luther King Jr. “worked” for social justice but rather “advocated” for it. High school students will be offered an elective course on African American history, separate from the traditional history lessons currently being taught.

The school board announced that teachers will also be required to take training classes on how to better understand “diversity” in their classrooms.