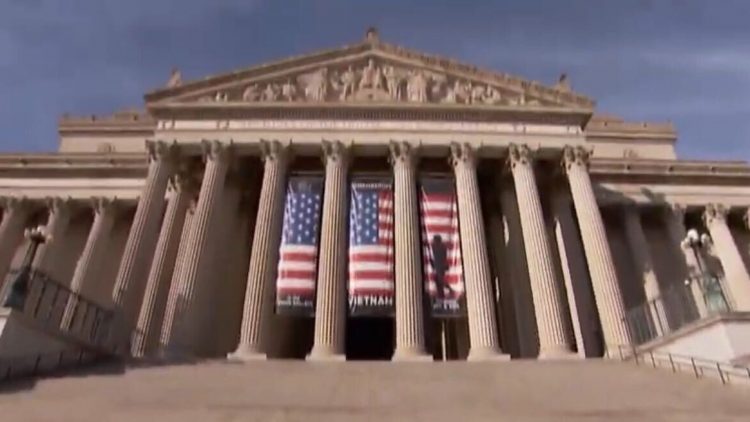 National Archivist David Ferriero and his racism task force plan to address the “structural racism” at the National Archives by “reimagining the Rotunda.”

The task force, established after the death of George Floyd, is recommending that trigger warnings be implemented on our nation’s founding documents “to forewarn audiences of content that may cause intense physiological and psychological symptoms.”

Ferriero, when establishing the task force, claimed that such action is long overdue. “Structural racism at NARA is not new; it dates back to the agency’s founding,” the task force report reads.

“Examples of structural racism at NARA include, but are by no means limited to…a Rotunda in our flagship building that lauds wealthy White men in the nation’s founding while marginalizing BIPOC, women, and other communities,” the report continues.

Ferriero’s project also calls for “internal reflection,” which includes pledging to “continue to seek out and listen to staff input about racism within the agency.”

“The Rotunda should ideally connect all Americans to NARA and the history of the U.S., not just white Americans,” the report declares. It notes that some view the murals in the Rotunda as a “homage to White America.”

Other action items in the report include establishing “safe spaces,” allowing for the reporting and revision of racist language in documents and descriptions at the National Archives, and “retiring” the term “charters of freedom” as a description for the founding documents because “these documents did not result in freedom for everyone.”

Not everyone is a fan of “reimagining” American history, however. Professor at George Washington University Law School, Jonathan Turley, feels that “bubble wrapping” history isn’t a wise idea.

“The National Archives is our collective story. These documents imagined a new country and a set of ideals that no nation had ever realized in history. They are a collective statement of transcendence from where we were to where we hoped to be as a people. Perhaps we are not there yet, but we have come a long way. That is worth understanding — and even celebrating — without the historical bumpers and safety proofing,” said Turley.