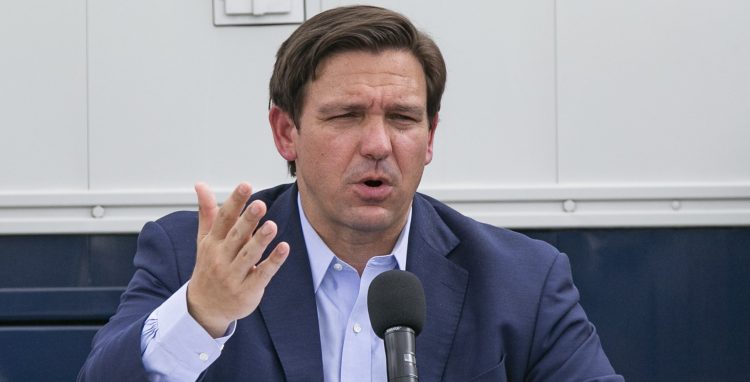 A federal judge has ordered that the Center for Disease Control and Prevention can no longer enforce its rules imposed on cruise lines during the coronavirus pandemic in Florida beginning July 18.

“The CDC has been wrong all along, and they knew it,” Florida Governor Ron DeSantis said in a statement. DeSantis alleged that the agency was trying to “sink” the cruise line industry. “Today, we are securing this victory for Florida families, for the cruise industry, and for every state that wants to preserve its rights in the face of unprecedented federal overreach,” he added.

DeSantis filed suit against the CDC in April, demanding they immediately lift restrictions on the cruise industry. “We don’t believe the federal government has the right to mothball a major industry for over a year based on very little evidence and very little data,” DeSantis said at the time. “I think we have a good chance for success.”

“The ruling essentially frees the cruise industry from the CDC’s arbitrary and burdensome requirement of 95% vaccination among passengers, ” said DeSantis’ spokeswoman Christina Pushaw. She said the governor’s office was not aware of any cruise line that will be requiring its passengers to provide “vaccine passports,” which DeSantis banned in the state of Florida.

The 124-page ruling issued by U.S. District Judge Steven Merryday orders that the CDC’s conditional sailing order will become a “non-binding consideration, recommendation, or guideline” when applied to Florida sailings on July 18.

Florida Attorney General Ashley Moody lauded the ruling saying that the industry would soon be allowed to sail again, after being shuttered since March of 2020.

“Today’s ruling is a victory for the hardworking Floridians whose livelihoods depend on the cruise industry,” Moody said. “The federal government does not, nor should it ever, have the authority to single out and lockdown an entire industry indefinitely.”

In the suit, Florida argued that the CDC overstepped its authority with the conditional sailing order. Merrydady’s decision found that the state was “highly likely to prevail on the merits” of that claim.

“Viewed with the benefit of history, CDC’s assertion of a formidable and unprecedented authority warrants a healthy dose of skepticism,” he wrote. He also noted that the lack of precedent for the CDC’s actions which “halted for an extended time an entire multi-billion dollar industry nationwide.”

“In a word, never has CDC implemented measures as extensive, disabling, and exclusive as those under review in this action,” Merryday wrote.

Merryday called the CDC’s claim it has the discretion to shut down a cruise because of COVID-19 transmission, “breathtaking, unprecedented, and acutely and singularly authoritarian,” and compared it to a hypothetical shut down of sexual intercourse nationwide to prevent the spread of AIDS.