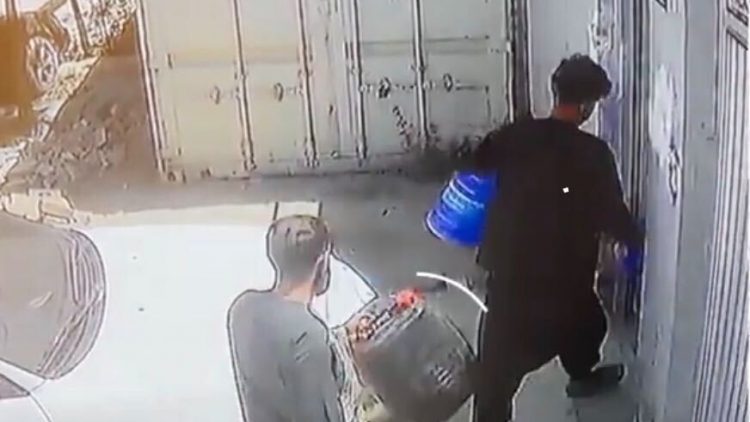 The last missile the U.S. fired in Afghanistan reportedly hit former U.S. aid worker Zemari Ahmadi who was loading water containers into his car, not explosives, per a New York Times investigation.

“Evidence suggests that his travels that day actually involved transporting colleagues to and from work. And an analysis of video feeds showed that what the military may have seen was Mr. Ahmadi and a colleague loading canisters of water into his trunk to bring home to his family,” reads the report.

This new information, casting doubt on former accounts of the strike, which was said to have killed an “ISIS-K Planner,” was gleaned from interviews with Ahmadi’s coworkers and family in Kabul and analysis of video footage of Ahmadi’s activities the day of the strike.

The Biden administration continues to maintain that the so-called “righteous strike” was a legitimate hit. However, many Americans have questioned why the administration has continually refused to release the target’s name.

Top military officials have said the driver’s identity was unconfirmed at the time of the strike, and the man was targeted due to “suspicious” behavior throughout the course of the day.

The driver was previously thought to have visited an ISIS safe house and loaded what looked like explosives into his car. The new NYT analysis of video footage of the target that day suggests that the man’s activities during the course of the day included driving colleagues to and from work and loading water canisters into his car to bring drinking water home to his family.

Ahmadi, a 43-year-old electrical engineer, reportedly received a call from his boss in the morning, asking him to pick up his laptop on his way to the office. When he left the house, he was driving a white Corolla belonging to his employer, Nutrition and Education International, a California-based aid group. His vehicle was similar to a car that ISIS-K used to carry out a rocket attack against the airport the following day, possibly adding to the identity confusion.

An MQ-9 Reaper drone started following Ahmadi. Later in the day, after transporting some coworkers, he reportedly filled water containers out of a hose at his office since water deliveries to his neighborhood had ceased.

“I filled the containers myself and helped him load them into the trunk,” a guard said.

Military officials determined that Ahmadi’s vehicle and its contents posed a threat to the airport safety and decided to strike even though they knew little about his identity.

Their incorrect assessment that the strike would not result in other deaths was catastrophic. Ahmadi’s family has reported that ten deaths, including seven children, occurred due to the strike.

“It seriously questions the credibility of the intelligence or technology utilized to determine this was a legitimate target,” said Chris Cobb-Smith, a British Army veteran and security consultant.

Military officials have cited another “larger” explosion following the drone strike as confirmation of the presence of explosives in the car. Still, expert analysis of the evidence indicates only one explosion occurred—the absence of destroyed vegetation, walls, and gate point to there being only a single shockwave.

Ahmadi was waiting on his application for refugee resettlement in the United States at the time of the strike.