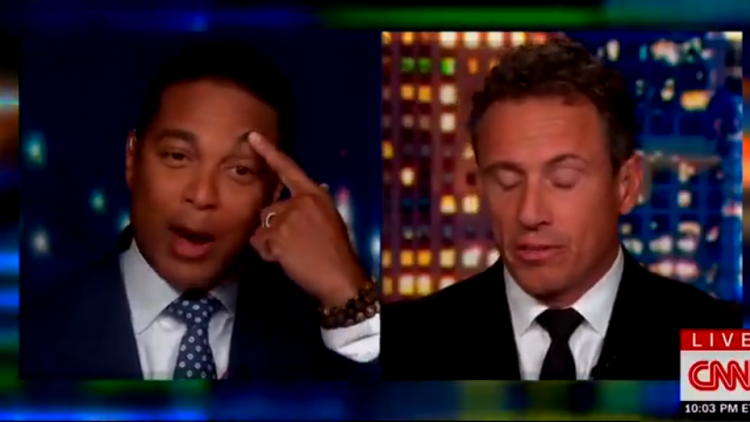 CNN host Don Lemon is receiving pushback after saying unvaccinated Americans are “stupid” and should be “shamed” into getting the vaccine or else get “left behind” by the rest of society.

“We need to stop coddling people when it comes to this and the vaccine saying ‘Oh, you can’t shame them, you can’t call them stupid.’ Yes, they are! The people who aided and abetted Trump are stupid because they believed his big lie. The people who are not getting vaccines who are believing the lies on the internet instead of science, it’s time to start shaming them or leave them behind,” Lemon said in a segment with co-host Chris Cuomo.

Lemon went on to claim that unvaccinated people are “keeping the majority of Americans behind.”

The two CNN hosts went on to equate people getting botox injections to receiving the COVID-19 vaccination.

“You’re gonna question the vaccine, but you wanna take a horse dewormer,” Cuomo later chimed in.

Response to Lemon’s demand that unvaccinated American’s be shamed and left behind was widespread on social media.

“Truly disgusting, vile, and shameful….but does it really matter since no one watches their show. Two awful men pretending to be journalists. I AM VACCINATED and still think their[sic] idiots!” replied one Twitter user.

“They should separated from society and put into classes together and educated about how bad their decisions are. Since there are so many of them we could build big camps for them and call them reeducation camps. That would also protect the wise and sane people like us!” quipped another along with a GIF of former Soviet dictator Joseph Stalin.

“I cant think of a less convincing argument to get people vaccinated. Everyone should be vaxxed but these two guys yelling “science” is so silly. Science by nature is meant to be questioned,” said someone else.

Lemon’s harsh comments for the unvaccinated come after singer Nicki Minaj tweeted her support for people making their own decisions and not being “bullied” into receiving the vaccine.

“My cousin in Trinidad won’t get the vaccine cuz his friend got it & became impotent. His testicles became swollen. His friend was weeks away from getting married, now the girl called off the wedding. So just pray on it & make sure you’re comfortable with ur decision, not bullied,” Minaj tweeted Sept. 13.

“But it’s not anything to do with the physical effect of the vaccine that makes our political class mad it’s the last part of Nicki Minaj’s tweet that enrages them. The part where she says you should pray on it, make the decision yourself like a free human being and quote don’t be bullied,” Carlson said in response to Minaj’s hesitancy to get the vaccination.

Minaj responded to criticism from some on the left who claimed Carlson was a “white nationalist.”

“Right. I can’t speak to, agree with, even look at someone from a particular political party. Ppl aren’t human any more. If you’re black & a Democrat tells u to shove marbles up ur ass, you simply have to. If another party tells u to look out for that bus, stand there & get hit,” Minaj said.