‘Do or die’: Chicago’s top cop quotes poetry on city’s most violent day this year 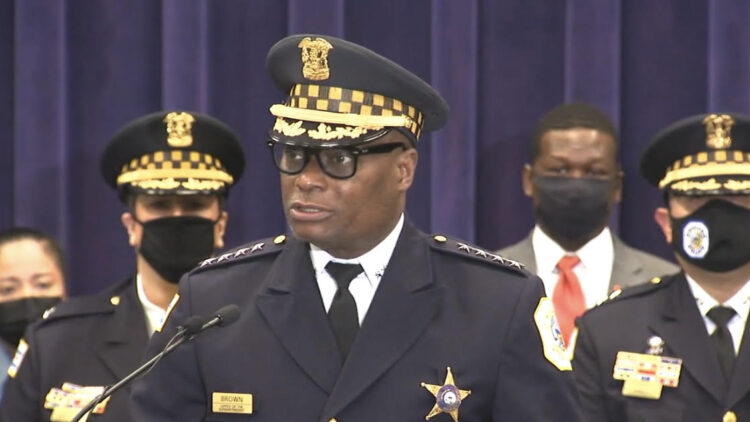 “Ours is not to question why, but to do or die,” Police Superintendent David Brown said at a news conference after being asked about his plan to combat violent crime in the city. “Man, use that quote,” Brown said of his (misquoted) Tennyson line. “That’s a great quote, man…next question.”

A 1-month-old baby was shot in the head in Englewood and is now in critical condition at Comer Children’s Hospital. Witnesses say the attack occurred around 8:15 pm when three gunmen jumped from a black Jeep Cherokee and “began shooting in several directions.”

In Roseland, an eight-year-old girl was sitting inside her home when a gunshot went through her house and struck her in the arm. Two women were sitting on the porch at the time, and both were also hit. One woman has since died from her injuries.

No one has been put into custody yet.

Brown happened to be holding a press conference around the time the 9-year-old was shot while talking about new statistics, which the department said showed crime is going down. When asked why authorities can’t do more to protect children, Brown did what he usually does – blamed guns and the American court system.

“The answer is too many guns,” Brown said in the press conference. “I would say the reason why we’re seeing so many mass shootings, we have strong advocacy in the courts for offenders and very little for their victims. Number two, too many violent offenders released back to our communities here in Chicago. And too little consequences, ultimately, for violent offenders who are arrested, charged and brought before the courts,” Brown proselytized.

“Justice for the victims means getting the shooters off the street,” Sinovic said in a statement.

Chicago has recorded at least 1,892 shootings so far this year, an increase of almost 12% compared to last year, and a 53% increase over 2019’s shootings during the same time period.