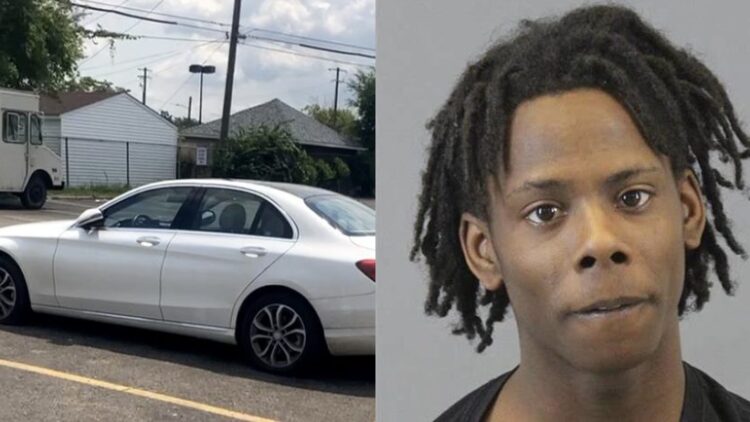 A Detroit woman spent three days tracking down her stolen Mercedes-Benz to eventually confront the car thief in person while recording the altercation.

“I feel like he needed an old-fashioned a** whooping because you’re going to stop stealing people’s cars,” Chambers said after confronting the thief. “You’re the dumbest criminal of all,” she added.

Chambers said the car was stolen Monday from a shopping center near where she lives. She posted to her Facebook page an alert of the stolen vehicle, asking people to keep an eye out for the all-white Mercedes-Benz. Immediately she received messages with locations of where the vehicle was spotted.

On Wednesday, following multiple sightings and failed attempts to retrieve the stolen vehicle, it was seen parked near Chambers’ own store called “Taste of Honey Boutique.” Chambers approached the vehicle and slashed all four tires to prevent the thief from driving away.

“I need to slash all four,” she said. “I didn’t want you to think that you were about to get anywhere far. Today was just the last straw. I just was not — I refuse to let this man joyride another day in my car. You will never steal from me again.”

Chambers told local media that bystanders inside the store where she confronted the man suspected of stealing her car helped detain him until police arrived. Witnesses say they saw the man being dragged out of the story by his dreadlocks.

Chambers admitted she put her hands on the teenager during their altercation. Police were called to the scene, but the suspect said he doesn’t want to press charges against her for the physical confrontation, according to authorities.

The suspect identified as Michael Tolbert was arrested in December of 2019 for stealing an unlocked vehicle with the keys inside, according to authorities. Tolbert also stole about $1,700 worth of items from the vehicles, including a laptop and cellphone.