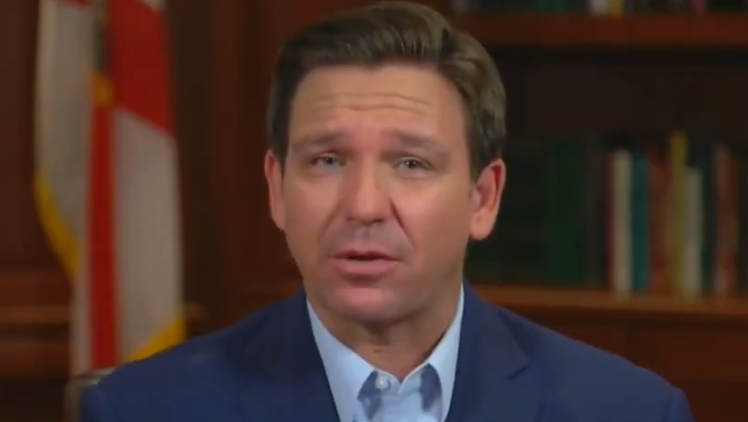 “How could we get to the point in the country where you would want to have someone lose their job because of their choice about the vaccine or not? I mean, look, some folks have reasons to do — maybe they’re making the wrong decision — but to put them out of work and not let them earn a living because of this, I just think that that’s fundamentally wrong,” DeSantis said during a press conference in response to early reports of Biden’s incoming mandate.

DeSantis went on to say he doesn’t believe people should “lose their jobs over this issue, and we will fight that.”

“If they try to do that through a rule like the Department of Labor, I don’t think they have the legal authority to do that, but we obviously would want to support protections for people who are just trying to earn a living,” he added.

The governor went on to criticize Biden’s desire to mandate the vaccine rather than educating people.

“I think forcing this and coercing people, I don’t think this is the right decision. So I’d imagine that you’re going to see a lot of activity in the courts if they try to do that through an executive action, I mean, Congress has never legislated this,” he added.

Biden announced his six-point plan to fight the pandemic in a speech from the White House on Thursday. The backlash from his sweeping mandates was immediate and widespread among many GOP politicians.

His 27-minute speech detailed how he would use the full force of the federal government to mandate that all businesses with 100 or more employees require vaccination or be subjected to weekly COVID-19 testing.

Biden said the Department of Labor would enforce the new rule, which is estimated to affect more than 80 million American workers. He also said the federal health department would require most health facilities to vaccinate their workforces, which would apply to roughly 50,000 medical providers, according to Biden.

“There are still nearly 80 million Americans eligible to be vaccinated who have not yet gotten their first shot,” Biden’s plan says. “The President’s plan will reduce the number of unvaccinated Americans by using regulatory powers and other actions to substantially increase the number of Americans covered by vaccination requirements — these requirements will become dominant in the workplace. In addition, the plan will provide paid time off for vaccination for most workers in the country.”

“The President’s plan calls for additional actions to ensure all schools consistently implement these science-based prevention strategies recommended by the CDC so that they can remain open for in-person learning and maintain the health and safety of all students, staff, and families.”