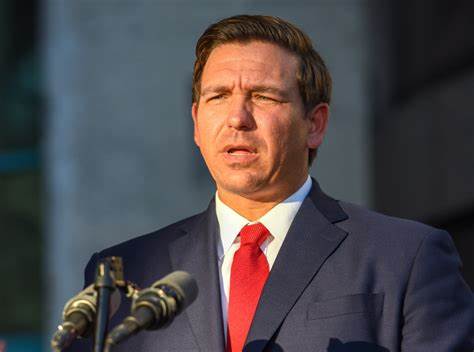 As speculation grows over who will run for President in 2024 staffers for Florida Governor Ron DeSantis are opening up about the Republican firebrand’s future plans.

“Ron DeSantis has got as good of a political mind as anybody I have seen in 30 years of politics in Florida,” said Brian Ballard, a GOP lobbyist in Florida who has close ties to former President Donald Trump. “His potential is unlimited.”

Hints that DeSantis may be eyeing the GOP nomination for President in 2024 have been noticed by many of his current and former staffers. Currently, DeSantis is in the national spotlight due to the Surfside condominium collapse, which has left over a dozen dead, and over 100 are still missing. He met with President Joe Biden Thursday to examine the damage and update the nation on where the search and rescue teams are at with finding the missing persons.

While working with Biden and the federal government on the response to the building collapse, DeSantis is also proving to be one of Biden’s fiercest critics when it comes to the issue of immigration. Last week, DeSantis announced he would send 50 Florida law enforcement officials to Texas to assist in the border crisis, which he says is causing massive amounts of drugs to pour into Florida’s communities.

“I had met just weeks ago with some of our rural sheriffs up in North Florida, and their number one concern is all the meth that’s coming in,” DeSantis said.

DeSantis handled the COVID-19 pandemic in a way that set him apart from other Governors, namely Democratic ones, who issued lockdown orders, mask mandates, and other restrictions that caused businesses to close and kept children out of school for almost a full year.

He managed to succeed in his hands-off approach in dealing with the pandemic as Florida has not seen an uptick in cases, nor is their infection rate any worse than the national average. All of this despite no mask mandate, no lockdown, and allowing children to stay in school. The success of Florida compared to the failures of other states has allowed DeSantis to label Florida an “oasis of freedom” and offer Americans a stark contrast from the policies of the left under Joe Biden.

“Every day, I get phone calls from people outside of Florida who love what he has done,” said Evan Power, a top Florida GOP official and the spokesman for the group “Make America Florida.” “Here in Florida at the grassroots level, I have never seen a more popular governor who is talked about as much as Gov. DeSantis.”

“There were a lot of decisions that he really took time to contemplate, and it goes back to having all the information at his fingertips, being able to digest it,” said Nick Primrose, a former deputy general counsel who left the governor’s office in August 2020. “I never personally saw a decision during my time throughout the COVID response that was a knee-jerk decision. They were well-thought-out. They were deliberated.”

Another ex-staffer said DeSantis never flinched in his determination to prove the mainstream media wrong in their assertions that his hands-off approach would lead to a huge number of deaths in his state. “When he sets a course, I have yet to see him take a step back from it,” the ex-staffer said. “He has a bit of riverboat gambler in him. He’s going to roll the dice.”

“He is planning on running for president,” one of DeSantis’ ex-staffers said. “I can guarantee you that.”

DeSantis’ rise to prominence was built heavily on the back of Donald Trump’s endorsement during the 2018 GOP Florida Governor primary. DeSantis was a lesser-known name at the time, only being a Congressman for 3 years after riding the tea party wave into Congress in 2015. After Trump’s endorsement, he released a campaign ad showing him reading Trump’s book “The Art of the Deal” to his child while building a wall out of play bricks.

In April, Trump said he would consider choosing DeSantis as his running mate if he were to run for President a third time.

“He’s a friend of mine. I endorsed Ron, and after I endorsed him, he took off like a rocketship,” Trump said. “He’s done a great job as governor.”

“A lot of people like that. You know, I’m just saying what I read and what you read. They love that ticket,” Trump continued. “But certainly, Ron would be considered. He’s a great guy.”