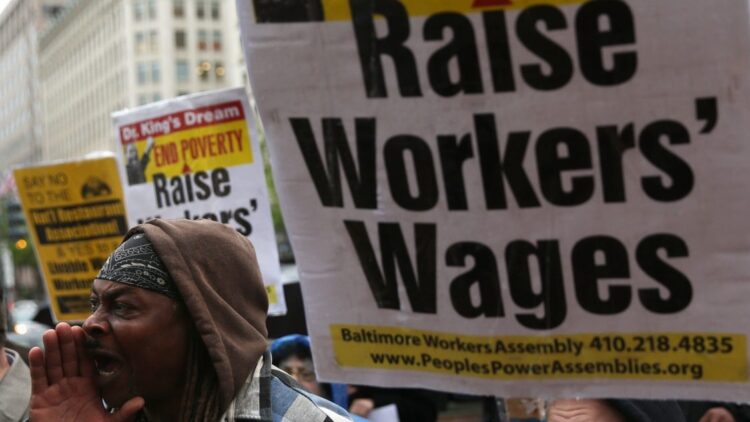 Progressive Twitter is at it again. Without much of an understanding of the principles of economics, they are claiming that Denmark proves that legislators can drastically hike the minimum wage without any sort of negative consequences.

According to the Danish minimum wage narrative, McDonald’s restaurants in the tiny Scandinavian nation pay their workers a whopping $22 an hour and do so without shedding jobs or raising prices.

The claim has been given the illusion of credibility by the “unbiased fact-checkers” at Snopes, who conclude that, “McDonald’s workers in Denmark truly make more than $20 an hour,” and point out that despite the big difference in wages, Big Macs aren’t much more expensive in Denmark than in the US.

However, the Snopes analysis fails to account for the cost of living differences between Denmark and the United States. When these differences are accounted for, the Danish wage floor in 2020 is around $16.50, not $22, per hour.[1] Granted, this is much higher than in the US, but it’s also $5.50 per hour lower than originally claimed.

With regard to the question of whether or not raising minimum wages affects Big Mac prices, conveniently enough, economists Orley Ashenfelter and Štěpán Jurajda have produced a working paper which examines just this very topic. Their empirical estimates show that Big Mac prices increase by 1.4% in response to a 10% minimum wage hike, which constitutes “near-full price pass through” of higher labor costs onto customers.

[1] The World Bank’s Purchasing Power Parity conversion factor for private consumption between the Danish Krone (DKK) and the US Dollar (USD) is 7.73 for 2019, the last year for which data is available. This means that when cost of living differences are accounted for, 1 USD has equivalent purchasing power to 7.73 DKK. We can divide 127.24 DKK per hour, the wage Danish McDonald’s workers were paid in 2020, by the conversion factor of 7.73, to generate $16.46 USD per hour.

What is even more noteworthy, given the attention on the Danish wage floor, is a study published in the Massachusetts Institute of Technology’s Review of Economics and Statistics last year. That study specifically examined how Denmark’s “minimum wage”[1] impacted employment rates of young workers.

Specifically, the authors report that while hourly wages of these young adults jumped 40% in response to the higher minimum wage, the employment rate fell by 33% and took two years to recover (see figure 1.)

The reduction in employment and hours worked offset the wage hikes by such an extent that the average wage of all affected workers was nearly unchanged. Not to mention, the consequences for the young people who did lose their jobs were significant. The economists note that:

“…by one year after job separation at age 18, only 40% of separated individuals are employed compared to just over 75% of individuals who did not experience a separation. Two years after turning 18, the difference in employment rates between the two groups is still more than 15 percentage points…the job separation event creates a significant earnings gap between the two groups that also exists for two years.”

[1] Denmark doesn’t have a true government-imposed minimum wage. Wage floors are set through collective bargaining agreements. For the sake of simplicity, the Danish wage floor is referred to as the “minimum wage” in this article.

The economists attribute the sharp decline in youth employment to the negative labor demand effects of significantly raising the minimum wage. Turns out, when you make it much more expensive to hire workers, a lot of those workers end up getting fired (or never hired in the first place.)

Needless to say; the Danish minimum wage isn’t quite the proof of successful minimum wage policy that progressives think it is. In fact, the Danish experience confirms what many economists have long argued; that minimum wages diminish the job opportunities of the least skilled members of the workforce.