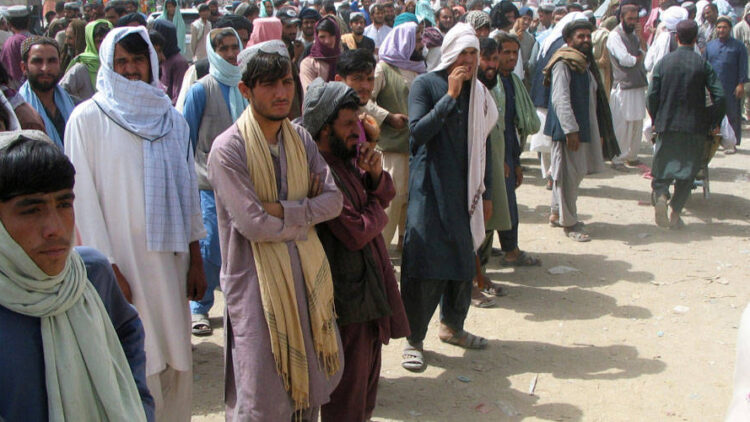 The Department of Defense is preparing to house thousands of Afghan refugees on American military bases, according to Fox News.

Up to 30,000 Afghan refugees would be relocated to military bases, Fort McCoy in Wisconsin and Fort Bliss in Texas, according to documents from the Defense and State Departments.

“The situation in Afghanistan may lead to DoS [Department of State] allowing Afghan SIV applicants to be moved to temporary housing locations while still being vetted for parolee status,” the documents said.

“We want to have the capacity to get up to several thousand immediately, and want to be prepared for the potential of tens of thousands,” Pentagon spokesman John Kirby said in an interview. “Bliss and McCoy have the capability right now, and what’s advantageous is with a little bit of work, they could increase their capacity in very short order,” he added.

The relocation efforts are a reversal from statements made by President Biden last month when he told reporters that the U.S. government could not evacuate Afghan translators to the U.S. to await visa processing, as is done with illegal immigrants on the southern border.

“The law doesn’t allow that to happen. And that’s why we’re asking Congress to consider changing the law,” Biden said during a press conference on July 8.

Kirby said American citizens in Afghanistan would not be given any priority over the evacuation of Afghan SIV applicants.

Around 6,000 U.S. troops are expected in Kabul to keep the airport open. “We are already basically in charge of air traffic control at the airport, so we’re going to be in oversight of the air operations at the airport for as long as we can,” Kirby added.

Kirby maintained that the August 31 deadline to withdraw from Afghanistan is still on target.

President Biden is expected to address the nation on the situation in Afghanistan on Monday.