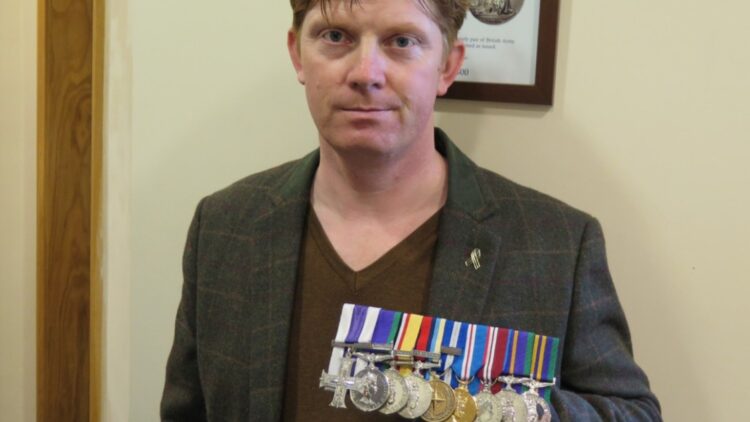 “We believe Biden is more of a threat to the West than the Taliban ever was. Without a shadow of a doubt. He betrayed us,” said retired Special Operations Staff Sgt. Trevor Coult.

Coult says he spoke with multiple British generals and Special Operations officers about Biden, and they all agree with him.

“Biden is the most incompetent president in the history of the United States,” Coult continued. “He has befriended terrorists. The White House is not a friend to the West. It’s a danger while he is president.”

“We believe Biden is more of a threat to the West than the Taliban ever was. Without a shadow of a doubt. He betrayed us,” he added. “6,500 people died, including 3,000 deaths at Twin Towers, and we didn’t achieve a single thing.”

Coult served for over two decades in Bosnia, Iraq, and Afghanistan. He was involved in 178 enemy engagements and survived multiple bombing attacks. The queen awarded him one of the UK’s highest honors, the military cross, for saving allied lives during an ambush. Former President George W. Bush also awarded him a presidential citation during a White House dinner.

Coult’s comments come after former British Prime Minister Tony Blair said Europe and NATA should be prepared to act when the U.S. fails to do so.

“For me, one of the most alarming developments of recent times has been the sense that the West lacks the capacity to formulate strategy,” Blair said. “That its short-term political imperatives have simply squeezed the space for long-term thinking.”

Current UK Prime Minister Boris Johnson recently slammed Biden over the Taliban takeover of Afghanistan, saying it was apparent “for months” that the Taliban was taking large swaths of the country.

“I think it’s been clear for many months that the situation could go very fast, and that’s been part of the intelligence briefing,” Johnson said in a statement to British troops who had just returned from Kabul. “There have also been suggestions that the Afghan national defense force might hold on for longer. But logically, you can see what happened.”

Johnson’s statement directly contradicts Biden’s claim that no one could have predicted the Taliban would take over as quickly as they did.

Reports have alleged that Johnson has begun calling Biden “Sleepy Joe” and has described the U.S. president as “lightweight and inward-looking.” Biden, however, has reportedly been referring to Johnson as “mini-Trump.”