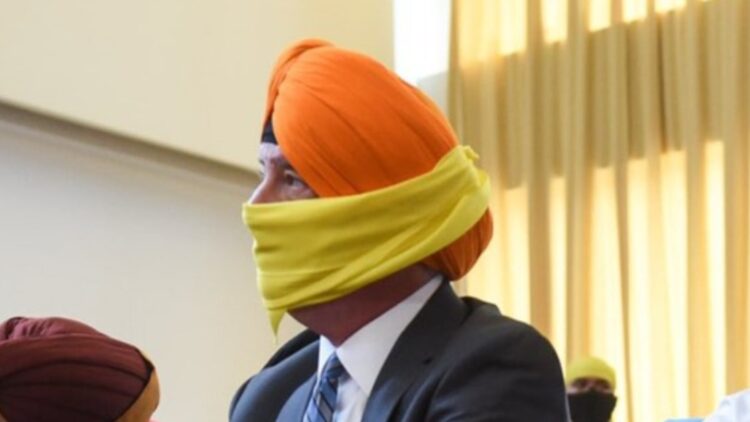 “New York City is fortunate enough to be home to one of the largest Sikh populations anywhere. It was my honor to join the Sikh Cultural Society and participate in the Dastar Bandhi turban tying ceremony with the community today,” de Blasio tweeted along with photos that many claimed were cultural appropriation.

Others hoped the Mayor would focus on the rising crime rate in the city rather than photo ops.

“How many people were shot this weekend,” replied Rob Taub.

“The city is also a high crime city – which makes it unsafe for everyone. Congratulations Bill. You have ruined NYC!” replied someone else.

“Not that you actually care, but you should know there was another shooting in Time Square,” said another.

The event took place at the Sikh Cultural Society in Richmond Hill, Queens, to show the Mayor’s solidarity with the Sikh community.

“Today, by the mayor putting on the turban we are just making that message clear: This is America, and one should not be judged from their appearance because we end up making judgments on their appearance and through the wrong judgment sometimes people die, which has happened especially after 911,” said Harpreet Singh Toor, chairman of public policy and external affairs for the Sikh Cultural Society.

“It is an honor because we are here today sending a message that the city—this country and this world—needs this message that we are all together,” de Blasio said.