Majority of 2020 Trump Support came from women and people of color, data show 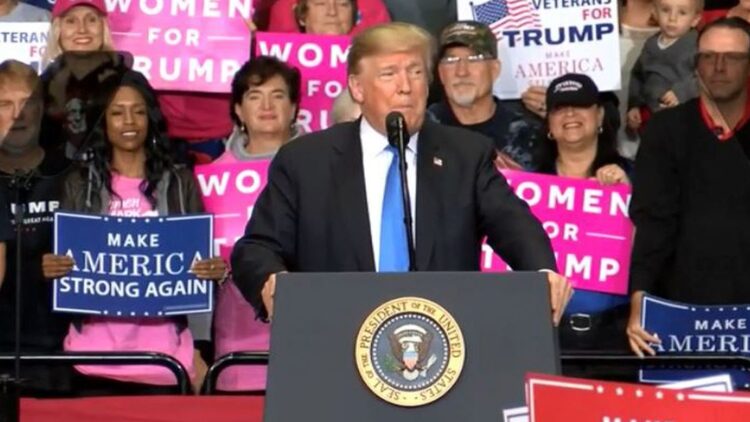 Data show that the majority of former President Donald Trump’s supporters were women or people of color.

Women or people of color made up 57.2% of the total share of Trump voters in 2020, up from 54.8% in 2016, according to data released from Catalist. The data shows Trump also increased support among all racial minority groups in 2020. The only demographic where Trump lost support was among white men, which dropped 1% from 2016.

Democrats earned 61% of the Latino vote; however, the share of Latino votes as a whole swung towards Trump by eight points compared to 2016, according to Catalist.

“Some of the shift from 2016 appears to be a result of changing voting preferences among people who voted in both elections, and some may come from new voters who were more evenly split in their vote choice than previous Latino voters,” Catalist wrote in its analysis of the data.

Trump also received a larger share of the Black vote in 2020, with that group swinging 3 points toward Trump compared to 2016. Higher voter turnout among black voters helped Biden-Harris, even though data shows black support for the Democratic Party has fallen from 97% in 2008 to 90% in 2020.

“For a demographic group that consistently supports Democrats at around 90% or more, higher voter turnout makes a major difference. On balance, slightly lower support levels with substantially higher turnout yielded more net Democratic votes from Black voters as a whole in 2020 compared to 2016,” Catalist explained.

“The voting electorate continues to become more diverse, and 2020 was the most racially diverse electorate ever,” the analysis stated. “This was due to big turnout increases in communities of color, particularly among Latino and Asian voters. The electorate was 72% white, compared to 74% white in 2016 and 77% white in 2008. This composition shift comes mostly from the decline of white voters without a college degree, who have dropped from 51% of the electorate in 2008 to 44% in 2020.”