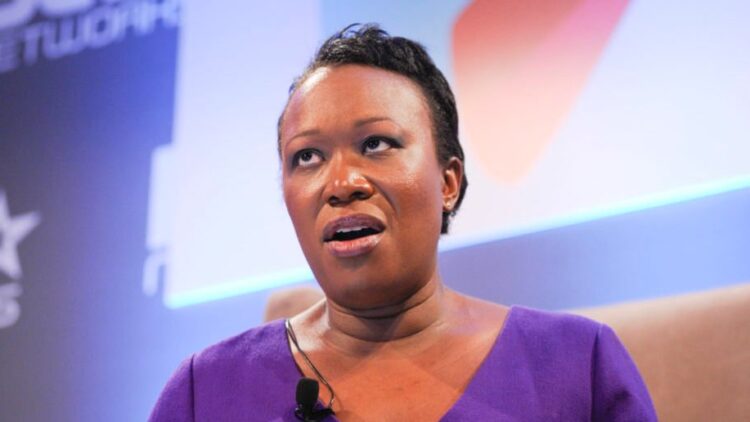 “Open question to those who are afraid of “critical race theory” (which isn’t being taught in K-12 schools; it’s a course offering in law schools, but you clearly are conflating it with the #1619Project.) What do you WANT taught about U.S. slavery and racism? Nothing? Or what?” Reid tweeted.

“Currently, most k-12 students already learn a kind of Confederate Race Theory, whereby the Daughters of the Confederacy long ago imposed a version of history wherein slavery was not so bad and had nothing to do with the civil war, and lynchings and violence never happened,” she added.

“Is this about continuing to teach Confederate Race Theory? And continuing to omit things like the founders owning slaves, or the facts about the mass extermination of the indigenous? Are you insisting that those things continue to be omitted? If so, why?” her rant continued.

“Or is it about adding more empty praise to the teaching of history and completing the sanitization of history that already is the case? If so, why? How does that make children smarter? And don’t you think kids will eventually find out the facts anyway? Would love a response.” she concluded.

Critical race theory is the notion that racism is embedded in U.S. institutions and all white people have benefited from it, while all black’s and other people of color are systemically oppressed in the United States. It has often been compared to the New York Times 1619 Project, which is a curriculum for school aged children based on the belief that the first importation of the slaves to America in 1619 was the mark of America’s true founding.

“Joy Reid believed that 9/11 was a conspiracy theory. She posted homophobic material on her blog, then falsely blamed it on hackers,…Now she’s pushing this crazy claim. One thing is clear, Ms. Reid needs help,” said Ian Prior, the executive Director of Fightforschools.com.

“The fact you don’t know 1619 is years before they broke off from the Brits makes me laugh. You want to talk history at least know it,” replied one twitter user.

“How about just teaching actual history and not putting one group against another. Or, more blatantly, every group against white people,” replied another.

“Confederate race theory” is as made up as someone hacking your blog to post homophobic comments on it,” said conservative commentator Tim Young.

“‘Most’? This is nonsense. Nobody in my family, of any generation, has ever been taught anything vaguely resembling this. In how many of the 50 states, in 2021 A.D., do you believe that the Daughters of the Confederacy presently control the public, private, & parochial schools?” said Dan McLaughlin.

“No one, and I mean no one, is learning that “slavery was not so bad.” You live in a mythical world, Joy, and you do not understand what’s happening in the realm of reality,” replied Allie Beth Stuckey.

Other users took issue with Reid’s assertion that most “k-12 students” are taught that slavery “was not so bad” and that “lynching’s and violence never happened.”

“I attended a k-12 school south of the Mason Dixon line in the 1970’s and we were never taught anything like that. You are setting up a straw man argument,” replied another.

“Do you just make this stuff up as you go along? Or is there some sort of nonsensical progressive guide to rewriting reality?” said Marcy J Miller.

“We were. What was not taught is slavery in Africa. How powerful Africans captured and sold weak Africans centuries before the first slave was sold bound for the west and for a century after. How it was a huge African industry that only ended by colonial coercion. Somalia in 1942, ” one user replied.

“I was taught about those things. Howe does this lady still have a job?”

More than half of all states have pushed back against the teaching of critical race theory in schools, Idaho Governor Brad Little was the first to sign legislation aimed at preventing schools and universities from “indoctrinating” students through teaching critical race theory.

“We need to make sure that our kids recognize that this country is moving toward a more perfect union, that we should teach the exceptionalism of our nation and how people can live together and work together to make a greater nation, and to not teach things that inherently divide or pit either Americans against Americans or people groups against people groups,” Lee said.