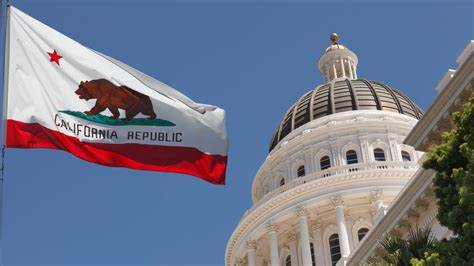 A California appellate court ruled that a state law passed over four years ago containing a provision mandating certain health care workers use transgender pronouns is a violation of the right to free speech.

California’s Third District Court of Appeal ruled that pronoun provision in the LGBTQ Long Term Care Facility Residents’ Bill of Rights is a “content-based restriction of speech that does not survive strict scrutiny” and “burdens speech more than is required.”

The law forced nursing home workers to use preferred transgender pronouns and names for patients. Violators of the law were “charged with a misdemeanor and subject to punishment of a $1,000 fine, or even up to a year in jail,” according to California Family Council.

“The pronoun provision at issue here tests the limits of the government’s authority to restrict pure speech that, while potentially offensive or harassing to the listener, does not necessarily create a hostile environment,” wrote Associate Justice Elena Duarte.

Duarte added that refusing to use preferred transgender pronouns “may be disrespectful, discourteous, and insulting,” but it allows others “to express an ideological disagreement with another person’s expressed gender identity.”

The court’s decision “is disconnected from the reality facing transgender people,” adding that “misgendering” someone is “straight-up harassment,” said the bills sponsor State Sen. Scott Weiner (D-CA). “And, it erases an individual’s fundamental humanity, particularly one as vulnerable as a trans senior in a nursing home. This misguided decision cannot be allowed to stand.”

“The Court’s decision is beyond disappointing, especially for our state’s transgender and nonbinary seniors. Let’s be clear: refusing to use someone’s correct name and pronouns isn’t an issue of free speech — it’s a hateful act that denies someone their dignity and truth,” said Equality California’s Executive Director Rick Chavez Zbur.

“Study after study has shown that trans people who are misgendered face alarming and life-threatening rates of depression and suicidal behavior. And older LGBTQ+ people face feelings of isolation, poor mental health, and extreme vulnerability to communicable diseases like COVID-19. California’s nursing home patients deserve better than this, and we’ll be fighting until this decision is overturned,” he added.