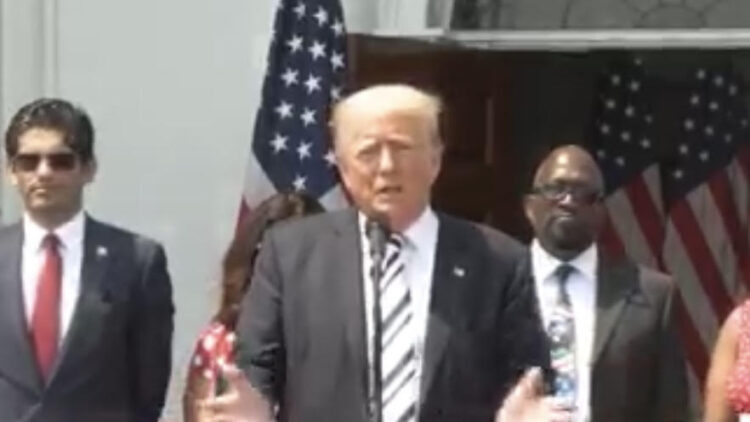 Trump announced a class-action lawsuit last week against Facebook, Twitter, and YouTube, along with their respective CEOs Mark Zuckerberg, Jack Dorsey, and Sundar Pichai. The suit is being filed by America First Policy Institute, a nonprofit group focused on developing policies that incentivize American exceptionalism. The legal team is asserting that private companies like Facebook, Twitter, and YouTube become subject to First Amendment restrictions as soon as they begin to act as state agents.

“[Facebook] is doing the work of the government, it is doing the work specifically of the Biden administration and the Democrat Party. So the First Amendment does apply,” Levin continued on Wednesday. “There are Supreme Court cases that have said it applies in cases that are weaker than this one. Jen Psaki is the best witness for the Trump lawsuit.”

Since Trump chose to file class actions rather than suing on his own behalf, a two-step legal analysis will be conducted. First, the defendants will move to dismiss the suit as they argue that the First Amendment doesn’t apply to private companies.

If the lawsuit survives past this point, Trump’s lawyers will have the opportunity to get early discovery and can request documentation on who has been silenced, de-platformed, and censored. Trump’s team also seeks to expose so called “shadow-banning” of conservative voices across the platforms.

“[The Biden Administration is] tracking you. If they don’t agree with you, they are collecting information. They are out front now saying that they are using police state tactics against freedom of speech,” Levin continued. “That should cause everybody in the media to be concerned, but they don’t give a damn.”

Recent polling by Scott Rasmussen found that 63% of voters believe Big Tech companies should be required to abide by the First Amendment guarantee of free speech, while only 13% disagree. 75% of Republicans believe big tech companies should be bound to the First Amendment, and 57% of Democrats agree. Among those who say social media is ‘Very Important’ in their lives, 75% want to see tech companies required to provide free speech guarantees.

Opponents of Trump and his lawsuit argue that big tech companies are exempt from First Amendment provisions as they are privately owned. Psaki’s comments appear to provide evidence to the contrary, though, and legal scholars anticipate that the lawsuit could go all the way to the Supreme Court.