College offers students ‘abolishing prisons and the police’ course, teaching how to ‘sell’ abolishing the police to ‘the masses’ 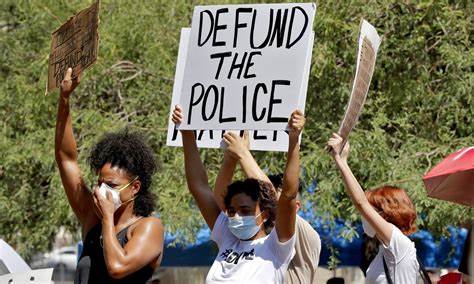 Bard College will offer its fall 2021 students a course on “abolishing prisons and the police,” which will teach students how to “sell” the idea of abolishing the police to “the masses.”

“This course explores what’s to be gained, lost and what we can’t imagine about a world without prisons,” the course description reads. “Through the figure of abolition (a phenomenon we will explore via movements to end slavery, the death penalty, abortion, gay conversion therapy and more) we will explore how and why groups of Americans have sought to bring an absolute end to sources of human suffering.”

“In turn, we will explore a history of the punitive impulse in American social policy and seek to discern means of intervening against it. Finally, on the specific question of prison abolition, we will think through how to “sell” abolition to the masses and design a multi-media ad campaign to make prison abolition go viral,” the description continues.

The new course is part of the school’s Hate Studies Initiative. The school describes the initiative as an “interdisciplinary field” that seeks to explore the “Inquiries into the human capacity to define, and then dehumanize or demonize, an ‘other,’ and the processes which inform and give expression to, or can curtail, control, or combat, that capacity.”

The course is taught by Kwame Holmes, a Scholar-In-Residence in the Human Rights Project at Bard College. His staff page describes him as “a critical geographer, historian, and cultural critic with a particular interest in the emotional politics of urban development and inequality. He reads the history of modern cities and social movements through a black queer studies frame.”

Holmes has written pieces on abolishing the police in the past. One article he wrote called for “neighborhood pods” as an alternative to police. He also claims that “punishment is also violence, and policing in its current form pays that violence forward throughout our entire society.” Arguing for “a reframing” in how society views criminals and victims. Holmes compares “violent crimes and sexual assault” to the state imprisoning and punishing criminals – essentially putting the criminal and the victim on the same level.

“Pod members may choose to pool resources to replace stolen property, to engage in rideshares if a car is vandalized, to supply food if someone is injured in a violent attack,” Holmes writes. “Participants may agree to not call the police, refusing to absolve themselves of the responsibility to resolve conflict amongst themselves.”

In addition to his work calling for police abolition, Holmes has advocated for people to contact their neighbors to form a “pact” in which they agree not to contact the police in case of an emergency.

“If you’re looking for something to do, reach out to five neighbors and create a pact amongst yourselves to call each other before you call the police. And then, together, expand that circle to 10. Small, profoundly difficult work that could transform the entire world,” he tweeted.

The course to teach students to abolish prisons and police at Bard college comes months after left-wing billionaire philanthropist George Soros announced he would be donated $500 million to Bard’s endowment as a “challenge grant,” meaning that Bard only gets the money if they can raise the equivalent amount.

“This is the most historic moment since the college’s founding in 1860,” said Bard College President Leon Botstein in an online statement. “When this endowment drive is complete, Bard will have a $1 billion endowment, which will ensure its pioneering mission and its academic excellence for the future,” Botstein added. “Bard has played an innovative and progressive role in American education without any historical wealth; it will continue to do so with this new and highly competitive endowment, to ensure equity in financial aid, reform the relationship between higher education and secondary education, promote international education, and defend the arts, the humanities, and basic science as the essence of the liberal arts.”