CNN’s Jake Tapper loses 75% Of His Audience Since January 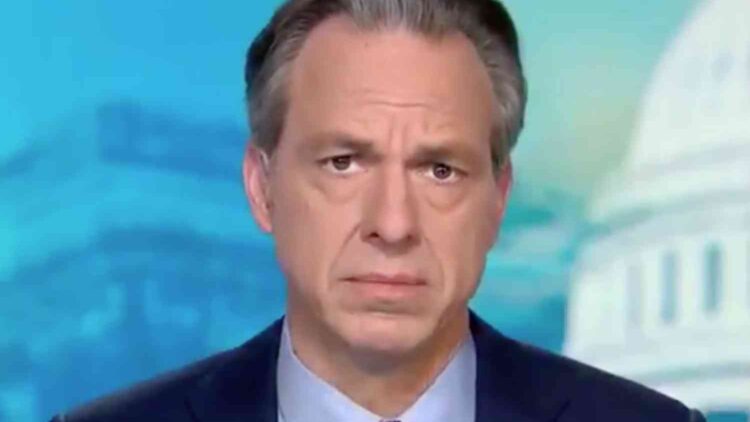 CNN’s “The Lead with Jake Tapper” has lost 75% of its audience since the network experienced a boost in viewers in January.

Tapper’s show averaged 2.8 million viewers in January but only had 706,000 viewers from May 31 to June 23. Tapper’s second-quarter viewer total is down 49% compared to the first quarter, according to FOX News.

January saw increases across the board for most news outlets as the Jan. 6 Capitol Hill riot coverage dominated most of the news cycle, along with President Joe Biden’s inauguration and former President Donald Trump’s second impeachment trial. However, other outlets didn’t see such a dramatic drop in viewers. FOX News’ “Your World with Neil Cavuto”, which airs at the same 4 o’clock hour as Tapper’s show, maintained 1.1 million viewers from its January high of 1.5 million.

Tapper also lost a significant amount of viewers among key demographics, including adults aged 25-54 years old, which fell 79% since January. Compared to the first quarter, Tapper is down 47% this quarter among that demographic.

Tapper was awarded an extra hour for his show back in April expanding the program from 4-6 P.M. However, the show still failed to rake in nearly as many viewers as FOX’s “The Five” which airs from 5-6 P.M. Tapper averaged only 799,000 viewers during that time slot, compared to “The Five” which averaged 2.6 million, beating him in that time slot by an astounding 229%.

RELATED STORY: Jake Tapper blasted after emails show he invited guests on his show who he ‘banned’ after Jan. 6

The ratings crash drew the attention of former President Donald Trump, a vocal critic of the left-wing media.

“CNN ratings are down 70%. MSDNC is also way down. Actually they are ALL way down. They say the news is “boring” since I left D.C. Morning Joe, Joy Reid (whoever that is?), Nicole Wallace, Jake Tapper, and even Chris Wallace, at Fox, in free fall. A wonderful thing to see!” Trump said in a statement released Tuesday.