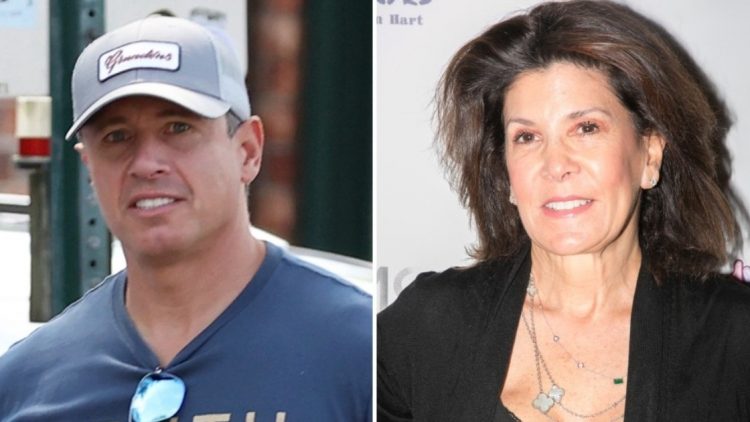 Former executive producer Shelley Ross accused CNN’s Chris Cuomo on Friday of sexually harassing her when the two worked together at ABC News.

“I was at the party with my husband, who sat behind me on an ottoman sipping his Diet Coke as I spoke with work friends. When Mr. Cuomo entered the Upper West Side bar, he walked toward me and greeted me with a strong bear hug while lowering one hand to firmly grab and squeeze the cheek of my buttock,” Ross wrote in a guest essay for the New York Times.

Ross said Cuomo had a “cocky arrogance” to him and told her that “he can do this now that you’re no longer my boss.” She says she pushed him off of her and revealed her husband was right behind her and proceeded to leave the party – which was a celebration for a fellow ABC colleague’s departure from the network.

Ross also claims Cuomo admitted to his behavior in an email where he apologized to Ross.

“[T]hough my hearty greeting was a function of being glad to see you … christian slater got arrested for a (kind of) similar act, (though borne of an alleged negative intent, unlike my own)…and as a husband I can empathize with not liking to see my wife patted as such,” Cuomo wrote to her in the email.

Cuomo, who was 34 at the time, asked Ross to pass along his apology to her “very good and noble husband.” He also apologized “for even putting you in such a position.” He added that he learned a lesson he wouldn’t forget next time he was happy to see her.

In her essay, Ross wrote that she doesn’t want Cuomo to be fired from CNN but noted his rhetoric from March while addressing his brother Andrew’s sexual misconduct scandal, where he claimed to care “very deeply about these issues.” He committed to no longer granting interviews to his brother amid the scandal.

Shortly after, the Washington Post reported that Chris Cuomo participated in strategy calls with Gov. Cuomo’s top aides on the best way to address the harassment charges. Sources said that Chris told his brother not to resign and even invoke “cancel culture,” a talking point the governor used back in March while speaking with reporters.

New York Attorney General Letitia James released a report that would later name Chris Cuomo as one of the outside confidants whose commitment to protecting the governor contributed to the “toxic” workplace culture at the state capitol.

Ross said seeing Chris wearing a “Truth” t-shirt after Gov. Cuomo’s resignation sparked her to seek accountability for his actions.

“For me, his statement of profound concern about sexual harassment and his ‘Truth’ T-shirt were provocations in this era of personal accountability,” she wrote.

Cuomo responded to Ross’s accusations saying, “As Shelley acknowledges, our interaction was not sexual in nature. It happened 16 years ago in a public setting when she was a top executive at ABC. I apologized to her then, and I meant it.”

Ross wants Cuomo to “journalistically repent” for his actions, but doesn’t wish to see him fired.

“I’m not asking for Mr. Cuomo to become the next casualty in this continuing terrible story. I hope he stays at CNN forever if he chooses. I would, however, like to see him journalistically repent: agree on air to study the impact of sexism, harassment and gender bias in the workplace, including his own, and then report on it,” she wrote.

“He could host a series of live town hall meetings, with documentary footage, produced by women with expert consultants. Call it ‘The Continuing Education of Chris Cuomo’ and make this a watershed moment instead of another stain on the career of one more powerful male news anchor.”