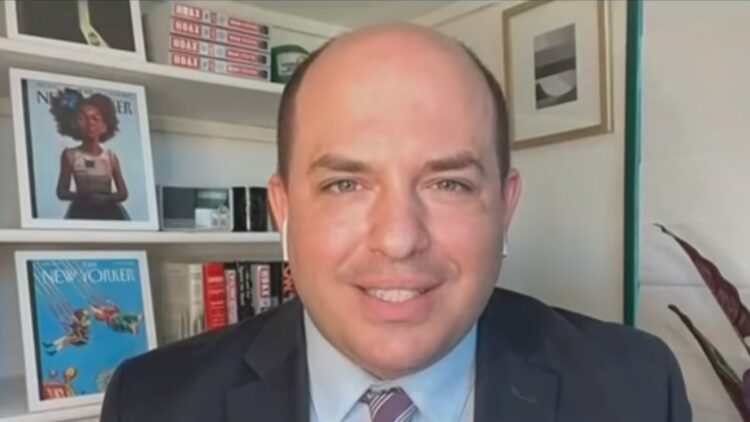 Brian Stelter was insulted and mocked by various callers into a segment on C-SPAN co-hosted by the CNN anchor.

“Mr. Stelter is the biggest minister of misinformation I have ever heard and I’m a news junkie,” said one caller from Indiana.

Stelter joined C-SPAN to promote is new book “Hoax” which claims Donald Trump and Fox News promote a “dangerous distortion of truth.” However, many callers seemed to attack Stelter for exactly that.

“I’d like to ask Brian to, on national television, admit he and his network are a bunch of liars about Donald Trump,” the first caller asked.

“CNN is just something, it’s a joke,” another caller said. “It’s a joke. This guy tells more lies, and Fox gives more news than CNN does in a few years.”

“I was just wondering if you still feel like Michael Avenatti is the greatest thing in the world and should run for president of the United States,” another called remarked. Stelter replied by saying “Funny.” “My suggestion is, whatever CNN says, do the opposite and you’ll do fine,” the caller added.

“Hey motherf–ker,” Rogan said in reaction to this, “you’re supposed to be a journalist.”

Journalist Glenn Greenwald also criticized Stelter for his interview with Psaki, saying, “somehow Brian Stelter managed to take his humiliatingly ‘tell-me-why-I’m-bad-Jen’ start to his interview and get even more sycophantic from there.”

“Even Psaki had to be thinking: ‘oh my god, the intensity of his adoration is…. uncomfortable.’”

Ratings for Stelter’s Reliable Sources show on CNN have dropped considerably in the last few months, averaging 863,000 viewers in May. That’s down 9 percent from the previous month of April, according to Fox News.