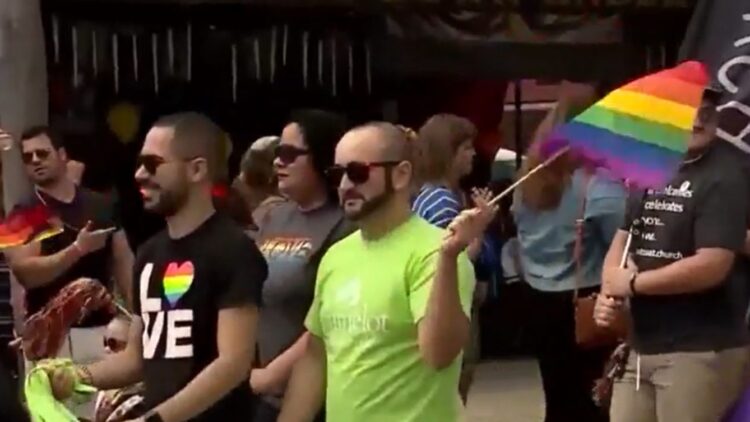 A Florida city recently voted against recognizing the LGBTQ+ pride month at a city council meeting.

The vote occurred after city council member Bobby Keefe proposed that pride month be recognized in the city with an official proclamation. However, once it went to the council for a vote, it was voted down 4-1.

“I have some personal religious beliefs that I just didn’t feel comfortable signing the proclamation,” Mayor Watford said. “There is a portion of the of the population who feel slighted by this, but we don’t mean that in any way,” Watford added.

LGBTQ+ activists blasted the council’s decision to vote against recognizing pride month. Julie Seaver, executive director of a local LGBTQ community center, said the decision excludes a portion of the population that the “elected officials are supposed to serve.”

Seaver went on to blast “small town America” for not being inclusive enough to the LGBTQ+ agenda. “It’s the same way across small-town America, and so Okeechobee isn’t much different, unfortunately,” she added.

Mayor Watford said he supports individuals making their own choices but says he doesn’t feel the entire town should be forced to support those decisions. “We respect those individuals to make those individual choices. That’s their decision to make. But, I think most of us just feel that we don’t have to necessarily support that.”

The decision comes as many towns across America debate whether to participate in LGBTQ+ pride month celebrations, including whether or not to fly the gay pride flag at city hall. That debate is taking place in Gilroy, a small northern California town where the pride flag is being flown for the first time in City Hall’s history. The decision is not sitting well with some elected officials and residents.

“We’ve never had commemorative flags in Gilroy, our city hall has the United States flag and the California flag,” said Mayor Marie Blankley. “I don’t think it should be flown at City Hall. It could be flown in a million other places all over the city.”

Gilroy’s town council voted unanimously for a proclamation declaring June is gay pride month in the town, but some members detracted when it came to the proposal to fly the gay pride flag at City Hall. However, the measure did pass by a narrow 4-3 vote.

One council member, Carol Marques, took to social media to explain why she voted against flying the gay pride flag at City Hall.

“Now that the door has been open in flying one group’s flag, what happens when the council is asked again to fly someone else’s flag? Could we be sued for saying ‘no’…?” Marques wrote.

While some comments on Marques’ Facebook post were supportive of her right to hold her own opinion on the topic, others voiced their outrage.

“What a terrible homophobic opinion. Saying you have LGBTQ+ friends does not absolve you of being anti-LGBTQ+,” one user wrote.

“This is a weak stance, you choose to do the comfortable thing over the right thing, and in the end, your constituents will remember your integrity during situations involving representation of a marginalized community,” wrote another.

Comments supporting Marques’ decision included; “Wow…common sense!”; and another who pointed out that “opposing viewpoints should be respected.”

“I guess no one is entitled to their own opinion any more. This is what she believes and respect that. Just like opposing views should be respected. Nobody needs to come around to someone else’s way of thinking. We all have, and we all are entitled to the way we feel.”