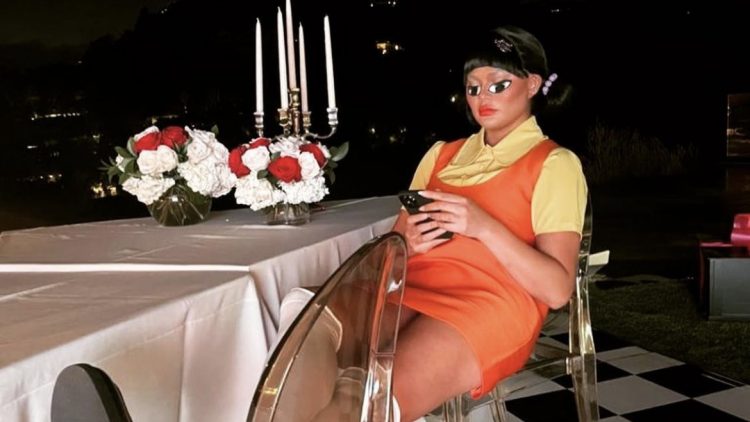 “[sic] where do I even begin!! what an absolutely epic night. my dream came true of watching my friends fight to the death! dunk tank, musical chairs, hide and seek followed by a very riveting final game of pin the tail on the donkey,” Teigen wrote on her Instagram Saturday.

Squid Game, a Korean Netflix series that shot to the top of the charts in late September, depicts destitute debtors competing in life-or-death versions of traditional childhood games for a massive cash prize. Most viewers believe the show was created to serve as a critique of capitalism.

Teigen’s Instagram post showed her dressed as the show’s Killer Doll, which is used in a “Red Light Green Light” style game to scan the room for anyone who moved after it said, “red light,” and brutally shot and killed those who did. Teigen decorated her house with a maze staircase, bunk beds, and several piggy banks stuffed with cash. Rather than winning money, though, Teigen’s winner took home a flight to Napa, California, and dinner for two at Michelin-starred restaurant French Laundry.

Most users online were unimpressed.

“Chrissy Teigen threw a Squid Game themed party and once again missed the entire point,” one user wrote on Twitter.

“[sic] chrissy teigen throwing a squid game party and not understanding the point of the show is one thing, but her husband dressing up as the rapist is something else entirely,” another user wrote on Twitter, along with a photo of Teigen and her husband, John Legend, in their costumes.

“Pod Save America: ‘Why do people think Democrats are tone-deaf and out of touch, why is our brand so toxic, how come working-class folks don’t vote for us????????????’ Also Pod Save America: *attend a Squid Game-themed party hosted by Chrissy Teigen*,” a user wrote.

“Taking personal offense at the complete lack of self awareness [sic] Chrissy Teigen must have in order to throw a Squid Game-themed party where she watches her rich friends ‘fight to the death’. The commentary just writes itself…” another user wrote.

A representative for Chrissy Teigen did not return the Independent Chronicle’s request for comment.