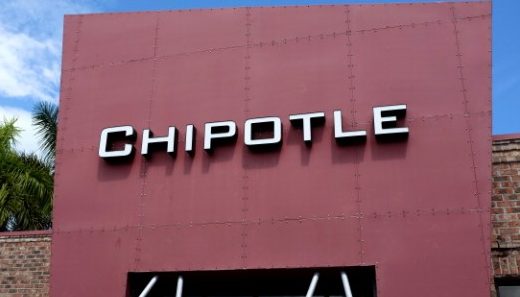 A month after Chipotle announced it would increase employee’s wages to $15 per hour the company now plans to increase its menu prices across the board by 3.5% to 4% to offset the higher pay.

“We really prefer not to” raise prices, Chipotle’s chief executive, Brian Niccol said. “But it made sense in this scenario to invest in our employees and get these restaurants staffed, and make sure we had the pipeline of people to support our growth.”

Chipotle claims that despite the increase in costs, their food remains reasonably priced. “Excluding higher-priced markets like New York, the price of a chicken burrito remains below $8”, Niccol said. He also says the 3-4% price increase equates to “quarters and dimes that we’re layering in.” The price hike comes at the same time costs for ingredients have risen such as avocadoes and meats.

As the pandemic winds down and demand for eating out increases, an estimated 40% of restaurants say they are understaffed, according to QSR Magazine. Another 80% say that they’re keeping at least one hiring role posted at all times.

The U.S. Chamber of Commerce recently called the labor shortage a “national emergency,” due to data showing that there are more job vacancies right now than workers in multiple states.

In a survey conducted in May of state and local chambers of commerce, 90.5% said that the “lack of available workers” was causing a decline in economic growth. And in the Chamber’s survey of top trade association economists, 88% said it was at least “somewhat difficult” for businesses to hire workers.

Companies across the U.S. are implementing sign-on bonuses for new hires in order to lure in more workers. A California Jersey Mike’s sandwich shop recently offered bonuses of $10,000 for workers. Other businesses are paying prospective employees to simply show up for an interview.

To encourage people to reenter the workforce, multiple governors have cut off the additional $300 in federal unemployment benefits in their states. Texas and Florida led the nation with the largest decreases in jobless claims in May. The total number of states cutting off the federal government’s additional unemployment benefits, make up for about 40% of the total job market in the United States and is estimated to affect about 4 million Americans.