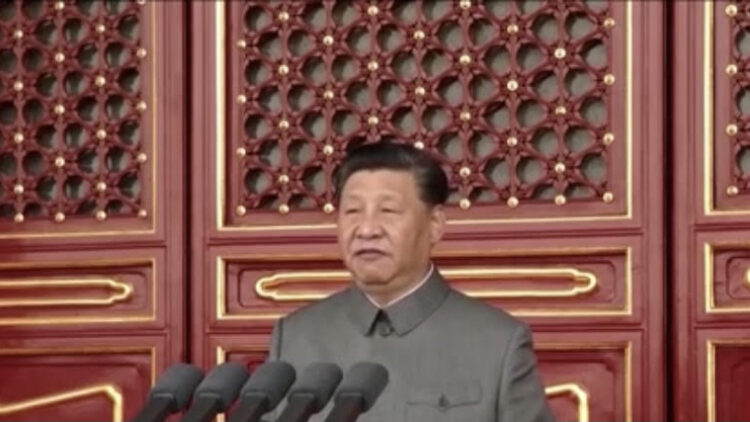 The Global Times, a mouthpiece for the Chinese Communist Party, slammed America for pulling out of Afghanistan, calling the Taliban takeover “increasingly embarrassing to the US.”

“The Afghan Taliban have successfully returned to Kabul and are ready to set up a new government while the hasty US retreat, makes [sic] the end of the 20-year-long war look increasingly embarrassing to the US,” the Global Times wrote in an article on Monday.

The Communist propaganda outlet also blamed the United States for over 30,000 civilian deaths throughout the 20-year conflict.

“More than 30,000 civilians had been killed directly or indirectly by US forces, and more than 60,000 had been injured, with 11 million refugees. This proves that the US is the biggest exporter of chaos in the world, and its hegemony has caused too many tragedies.”

CCP officials have also taken to Twitter to criticize the United States.

“Tell your son: The US lost. It was a no-brainer. No need for self glorification or narcissist self comfort,” Chen Weihua, editor of the Communist-controlled China Daily, wrote in a tweet on Monday.

“From what happened in Afghanistan, those in Taiwan should perceive that once a war breaks out in the Straits, the island’s defense will collapse in hours and US military won’t come to help,” the Global Times wrote in a tweet.

China is not the only country with anti-American views that says they will assist Afghanistan. On Monday, both Russia and Pakistan signaled that they would engage with the Taliban and help enable a “smooth transition.”

“When you adopt someone’s culture you believe it to be superior and you end up becoming a slave to it. It is more difficult to free your mind from mental slavery. Afghans have broken the shackles of slavery,” Pakistan Prime Minister Imran Khan said in a statement following the Taliban takeover. Russia’s presidential envoy to Afghanistan also released a statement after the takeover.

“If we compare the negotiability of the colleagues and the partners, I have long since decided that the Taliban is much more able to reach agreements than the puppet government in Kabul,” Zamir Kabulov said in a statement on state television Monday.

Though it is unclear how China will proceed, Beijing’s early outreach to Afghanistan may signal that the CCP is looking to replace the United States as a leading power in the country.