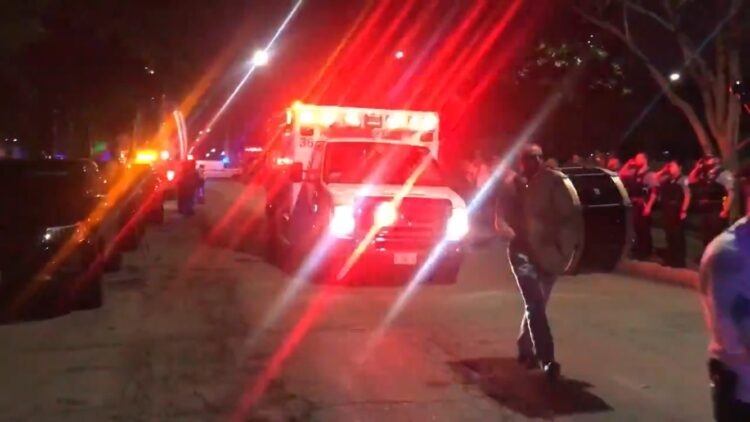 Chicago police were devastated by 72 shootings, including two fellow officers, over the weekend, and they want Mayor Lightfoot to know she doesn’t have their respect.

Officer Ella French was killed Saturday at a traffic stop, and her partner is fighting for his life while fellow officers keep vigil at the hospital. “The police officers’ decision to turn their backs on the mayor while waiting with the family on the 7th floor was significant,” Fraternal Order of Police President John Catanzara said in an interview.

“They have had enough and are no longer going to remain silent,” he continued, adding that the force no longer supports Lightfoot nor respects her leadership.

When Mayor Lightfoot appeared at the hospital, over 30 officers reportedly turned their backs on her until she left the premises.

RELATED: ‘Do or die’: Chicago’s top cop quotes poetry on city’s most violent day this year

Lightfoot first attempted to engage with the injured officer’s father, who was also waiting on the 7th floor of the University of Chicago Medical Center. He wanted nothing to do with her and allegedly began yelling at her, blaming her and her policies for the tragedy.

Sources reported that the mayor spoke calmly to the victim’s father. She then turned to the group of officers to address them, but instead, they snubbed her by turning their backs to her.

“they did the about-face — it looked like it had been choreographed,” said an eyewitness, saying it was “astounding.”

Lightfoot then left the immediate area and went to a different location to speak with reporters.

The mayor’s office said in a statement: “The mayor was present at the emergency room to offer support and condolences to the families involved and the hundreds of line officers and exempts who were there, which she did. In a time of tragedy, emotions run high and that is to be expected. The mayor spoke to a range of officers that tragic night and sensed the overwhelming sentiment was about concern for their fallen colleagues.

“Now is not the time for divisive and toxic rhetoric or reporting,” the statement continued. “We have a common enemy and it is the conditions that breed the violence and the manifestations of violence, namely illegal guns, and gangs.”

Mayor Lightfoot’s Chicago has seen increases in its already sky-high crime rates. In July alone, 614 people were shot in Chicago. 105 of those shooting victims died from their wounds. Lightfoot has come under fire for her views on policing and gun laws, many saying that her tenure is “catastrophic” for the city.

Mayor Lightfoot’s office did not immediately respond when contacted for further comment on the incident.