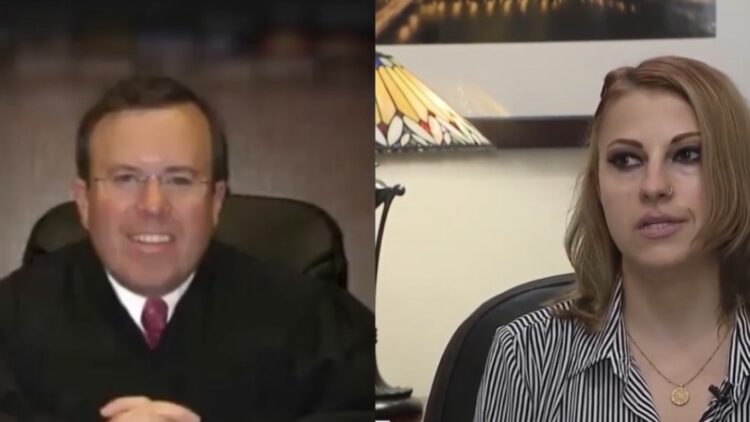 Chicago mom Rebecca Firlit has been deemed unfit to have contact with her son until she gets vaccinated, despite the fact that she chose not to get vaccinated due to medical reasons, including past adverse reactions to vaccines.

“I miss my son more than anything. It’s been very difficult. I haven’t seen him since August 10th,” Firlit said.

During an online custody hearing, Cook County Judge James Shapiro asked Firlit and her ex-husband if they had been vaccinated. Upon hearing that Firlit had not, Shapiro immediately stripped her of all custody rights. Firlit and her ex of seven years had previously shared custody of their 11-year-old son.

She is appealing the judge’s decision and feels that he has far overstepped his jurisdiction.

“In this case you have a judge, without any matter before him regarding the parenting time with the child deciding ‘Oh, you’re not vaccinated. You don’t get to see your child until you are vaccinated.’ That kind of exceeds his jurisdiction,” Firlit’s attorney Annette Fernholz said.

“You have to understand the father did not even bring this issue before the court. So it’s the judge on his own and making this decision that you can’t see your child until you’re vaccinated,” she added.

The child’s father agrees with the judge’s decision, according to his lawyer, Attorney Jeffrey Leving.

“There are children who have died because of COVID. I think every child should be safe. And I agree that the mother should be vaccinated,” Leving said.

“The mother did not know her parenting time was being discussed when she went to zoom court on August [10]. The judge deprived her of notice and a full hearing on the issue. The issue is now before the Illinois appellate court,” Fernholz stated.

“He was placing his views on me. And taking my son away from me,” Firlit said, referring to Judge Shapiro.

CDC data continues to show that healthy children are at low risk from COVID-19. Homicide, drowning, the seasonal flu, cancer, car accidents, heart problems, are more prevalent causes of death than Covid in children between the ages of 5-14.

Despite these statistics, concern about the delta variant continues to rise nationwide and many government and health officials are encouraging or mandating the use of masks for children, particularly in schools, as well as recommending vaccination for those eligible.