CEO of Snopes suspended for plagiarism, lying to readers 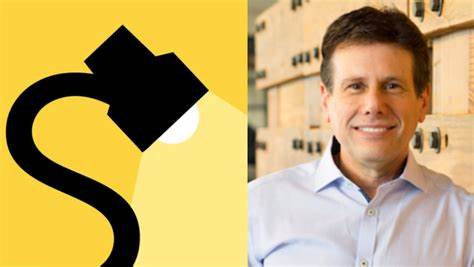 The CEO and president of Snopes, the fact-checking website proclaiming itself the “internets definitive fact-checking resource,” is under fire for plagiarizing dozens of articles and lying to readers.

Snopes conducted an internal investigation into multiple allegations of plagiarism from BuzzFeed News and found that David Mikkelson, the company’s co-founder, plagiarized a whopping 54 articles under a pseudonym. The articles ranged from topics such as same-sex marriage to the death of singer David Bowie, according to BuzzFeed.

“Plagiarism undermines our mission and values, full stop,” Snopes executives said in a statement. “It has no place in any context within this organization.

Doreen Marchionni, Snopes’ Managing Editor, suspended Mikkelson from editorial duties “pending a comprehensive internal investigation.” He remains the company’s CEO and a 50% shareholder of the company.

Mikkelson used the pseudonym Jeff Zarronandia for some of the plagiarized articles. Mikkelson reportedly used the Zarronandia name to write about “topics he knew would get him hate mail under that assumed name,” a former managing editor of Snopes, Brooke Binkowski, said. “Plus, it made it appear he had more staff than he had.”

Mikkelson admitted copying and pasting existing articles from various sources when a breaking news story occurred, publishing it quickly so that Snopes would get the traffic, and then editing them in real-time so that they did not appear to be plagiarized.

“That was his big SEO/speed secret,” said Binkowski. “He would instruct us to copy text from other sites, post them verbatim so that it looked like we were fast and could scoop up traffic, and then change the story in real-time. I hated it and wouldn’t tell any of the staff to do it, but he did it all the time.”

Mikkelson told BuzzFeed that he attributed this behavior to his lack of formal journalism experience. “I didn’t come from a journalism background,” he said. “I wasn’t used to doing news aggregation. A number of times, I crossed the line to where it was copyright infringement. I own that.”

“I engaged in multiple serious copyright violations of content that Snopes didn’t have rights to use, Mikkelson said in a statement. “There is no excuse for my serious lapses in judgement. I am sorry.”

Snopes writers issued a joint statement distancing themselves from Mikkelson and his actions.

“We strongly condemn these poor journalistic practices. No writer participated in this behavior, nor did any editors — Doreen Marchionni, Camille Knox, and David Emery — support or encourage these practices. We have all been held to very high journalistic standards, both by our editors and by our audience. Although none of us was to blame for the actions of Snopes’ co-founder, we empathize with the journalists whose work was appropriated. This simply should never have happened,” the statement said.