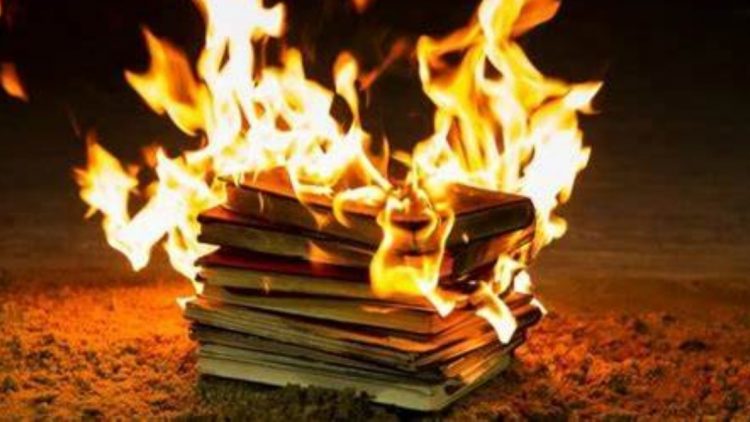 A French-speaking school in Ontario, Canada, is receiving criticism for a book-burning event that took place in 2019 in an act of “reconciliation with indigenous people.”

“We bury the ashes of racism, discrimination, and stereotypes in the hope that we will grow up in an inclusive country where all can live in prosperity and security,” a video prepared for students about the book burning says, according to Radio Canada.

The “flame purification” ceremony, as the school board called it, was held in 2019 by the Conseil scolaire catholique Providence, which oversees elementary and secondary schools in southwestern Ontario. A total of 30 books were burned for “educational purposes.” The ashes were then used as fertilizer to plant a tree.

Over 4,700 books were ultimately purged from the shelves of schools across the school board. They have all been destroyed or are said to be in the process of being recycled.

“Many Aboriginal knowledge keepers and elders participated and were consulted at various stages, from the conceptualization to the evaluation of the books, to the tree planting initiative,” said Lyne Cossette, the board’s spokesperson.

“Symbolically, some books were used as fertilizer,” Cossette said.

The project, entitled “giving back to the earth,” in English Cossette says, was intended “to make a gesture of openness and reconciliation by replacing books in our libraries that had outdated content and carried negative stereotypes about First Nations, Métis and Inuit people.”

“We regret that we did not intervene to ensure a more appropriate plan for the commemorative ceremony and that it was offensive to some members of the community. We sincerely regret the negative impact of this initiative intended as a gesture of reconciliation,” Cossette added.

The book-burning even drew the ire of Liberal Canadian Prime Minister Justin Trudeau.

“On a personal level, I would never agree to the burning of books,” Trudeau added.

Asked about the ceremony, Conservative Leader Erin O’Toole said, “Reconciliation is important for all Canadians, and we have to have a system that does not discriminate.”

“A Conservative government will be committed to reconciliation. But the road to reconciliation does not mean tearing down Canada. I strongly condemn the burning of books,” he tweeted in response to the book burning.