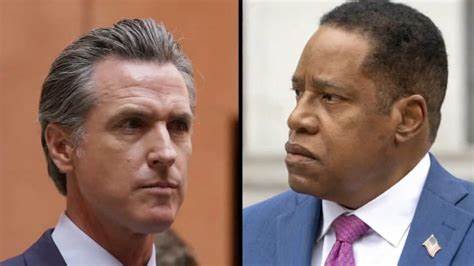 Voters in the San Fernando Valley claim they were told they already voted in the gubernatorial recall election even though they had not.

“I went to El Camino High School to vote…and she said ‘you voted.’ I said, ‘No, I haven’t.” And she said ‘this has been happening all morning.'” 88-year-old recall voter Estelle Bender told local media after finding out that someone voted in her name.

Bender said she filled out a provisional ballot and “left really angry.”

“The man next to me was arguing the same thing…So as I left…I saw two women walking toward me as I left, and I said, ‘don’t be surprised if they tell you you’ve already voted,’ and she said ‘they’ve already done that.'” Bender added.

Bender, a Republican, said she asked the two women if they were Republicans, and they told her yes. She says two of her friends, also Republicans, had the same issue happen to them at a separate polling location.

“The voters who experienced this issue were offered and provided a provisional ballot – the failsafe option to ensure no one is turned away from voting,” the Los Angeles County Registrar-Recorder said in a statement.

“Provisional ballots are regular ballots, and once the eligibility of the voter is verified, they are processed and counted,” the statement added. “After troubleshooting the issue, the equipment at the locations was replaced, and voting continued.”

Bender says she is very suspicious of how the issue which, to her knowledge, only affects Republican voters. “I’d still like to know how I voted,” she concluded.

The election to recall Governor Gavin Newsom is set to take place Tuesday. If 50% or more of voters vote “Yes,” to the recall, then the candidate with the most votes will become the new governor. If 50% or more vote “No,” Newsom will remain in office.

Nearly 4.1 million registered Democrats have mailed in their ballots, compared with 1.9 million Republicans and 1.8 million independents, the data shows, according to the election tracker from Political Data Inc.

This is the second recall election to occur in California’s history. The first was in 2003 when Governor Grey Davis (D) was removed. Davis was replaced by then-Republican Arnold Schwarzenegger.