CA doctor calls Newsom out on ‘political’ child vaccine mandate: ‘not evidence based’ 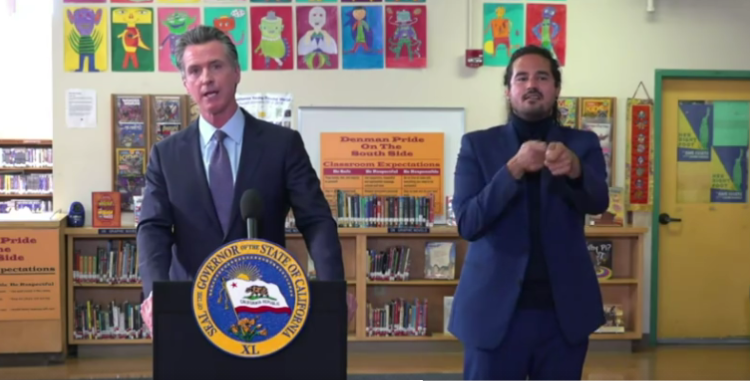 California doctor Houman Hemmati went public with his criticism of Newsom’s vaccine mandate for kids twelve and up, saying the decision was based in politics, not science.

“The evidence-based decisions need to not just extend to the doctor-patient relationship, but also to policies that are made by politicians and public health boards,” he continued. “When those aren’t done, we just have decisions that are made kind of flippantly with a disregard for the evidence that exists out there.”

Governor Gavin Newsom announced Friday that California will be the first state to issue a Covid vaccine mandate for kids 12 and up in order to be allowed to attend in-person school.

“The decision that the governor made is one that’s really based on his personal beliefs that’s based in politics,” said Hemmati.

The mandate provides no testing alternative for schoolchildren, although it will allow for religious and medical exemptions.

Hemmati spoke of the tragedy of losing 35 California children to Covid. He also spoke of keeping perspective within the tragedy and acknowledging that Covid falls far below many other causes of death in school age children.

“We don’t want to see even a single child die, but when you look at the numbers of deaths of children that have occurred as a result of other causes, you have many causes such as motor vehicle accidents, accidental injuries from bicycle accidents, drownings, poisonings, suicides, drug overdoses, homicides by gunshots- all exceeding this by an order of magnitude or greater” he said.

“When you think about that, if schools really were a place where paternalistic medicine were to be practiced, where you would have a center of safety and health for children rather than just the Center for Education, wouldn’t we be focusing on the true killers of kids that we just mentioned?” Hemmati continued.

The timeline for implementation of the child vaccine mandate will follow full FDA approval. It will commence for grades 7-12 sometime between January 1 and July 1, according to Newsom. At the same time, custodial staff, bus drivers, and other paraprofessionals will be required to be vaccinated, not just teachers.

By October 15, California teachers will be required to either be fully vaccinated or submit to weekly testing.