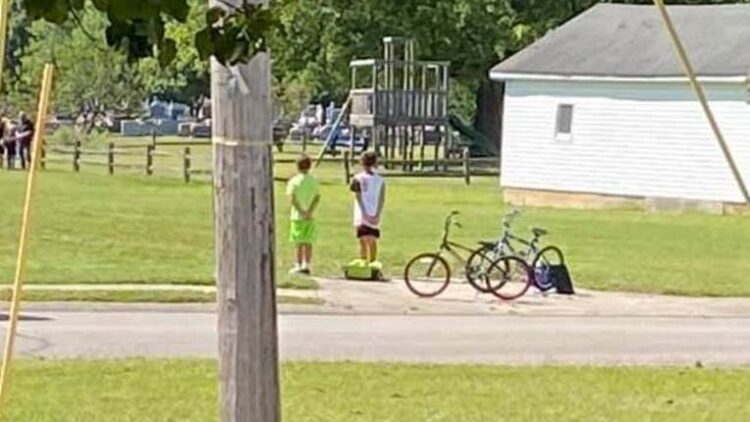 Two Indiana boys are receiving recognition for hopping off their bikes and showing respect for a military veteran as a funeral procession was in progress.

“They immediately stopped riding, got off their bikes, and stood with respect as TAPS was being played,” Jacqi Hornbach, who captured the moment, wrote on Facebook. “I was so proud of these two young men. Their parents should be so proud, and I’m sure the serviceman was in heaven smiling down on them.”

The boys are seen with their arms behind their backs standing in respect of 89-year-old Charles Everett Yorn.

“It was as if they didn’t even have to discuss it before doing it,” Hornback told local media. “They knew that’s just what you do when you come across this. It was so natural for them.”

Hornbach said she debated whether or not to post the photos, “but with all the negative things going on, I thought this was needed.”

The photos went viral with many applauding the boys for showing respect for the deceased.

“This is beyond sweet and so nice to see. Boys hop off their bikes, pay respects during military veteran’s funeral,” Rosanne Tellez tweeted.

“Parenting done right it appears; Indiana boys hop off their bikes to pay respects after running into military veteran’s funeral,” said someone else.

“Who raised these boys? I want to hug them,” tweeted another.

“Boys raised right. Not by liberal asshat woke idiots. But by patriots,” commented another.

“There is hope for the American children,” said someone else.