BLM group calls for resignation of Democratic strategist who wished death on Lindsey Graham, other Republicans 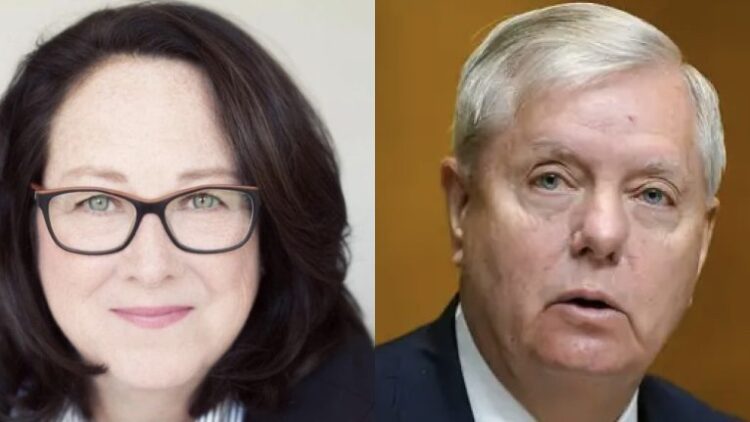 Black Lives Matter Rhode Island PAC called for the immediate resignation of the state’s Democratic Party strategist who wished death upon Lindsey Graham and other Republicans.

Kate Coyne-McCoy came under fire on Tuesday after tweeting out, “It’s wrong to hope he dies from Covid right? Asking for a friend. #COVIDISNOTOVER #LINDSEYGRAHAM,” in response to Lindsey Graham’s (R-SC) COVID-19 diagnosis.

Graham, who is fully vaccinated, announced on Monday that he had come down with flu-like symptoms and was later diagnosed by the House physician with the virus. Graham said his symptoms are mild and he will be quarantined for 10 days.

Coyne-McCoy’s tweet was met with fierce backlash and was later deleted. She admitted to making a mistake “which I obviously regret.”

Republicans across the state called for her immediate resignation along with the state’s Black Lives Matter PAC. The group said the comment was “extremely distasteful and insensitive.”

“Regardless of political affiliation, the disregard for human life is unacceptable and should not be tolerated anywhere within any political party,” the statement said. “How can we trust someone with such blatant disregard for human life with the will of RI voters?… Anything short of an immediate resignation, would signal that these types of comments are acceptable within the RI Democratic Party.”

Coyne-McCoy has a history of wishing death on Republicans.

In response to a CNN political analyst tweet about then-President Trump’s inner circle not social distancing in the White House, she said, “I am not proud of my gut reaction which is ‘I hope they all die.'”

“Wishing death on people is customary for the RI Democratic Party Chief Political Strategist Kate Coyne McCoy, as she made similar comments back in March of last year,” the group said in a statement to Fox News. “BLM RI PAC strongly urges RI Governor Dan McKee and House Speaker Joseph Shekarchi to call for her immediate resignation, as those views regardless of political affiliation should never be accepted.”

The Rhode Island Democratic Party did not immediately respond to our request for comment.